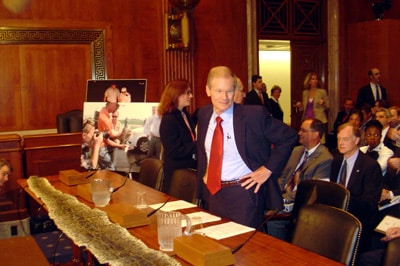 The python ban is moving fast.

The Senate Committee on Environment and Public Works (EPW), Subcommittee on Water and Wildlife, held a hearing on S. 373 aka the Python Ban on Dec. 3. Senator Ben Cardin, chairman, presided. Senator Bond and Senator Levine were the only presenters. Senator Bill Nelsen, the bill’s sponsor, was not in attendance to present on S. 373. The hearing was brief and more of a formality in order to quickly move nine different bills forward.

Those that are following USARK on Twitter got the blow by blow during the hearing. Dan Ashe, Deputy Secretary of the U.S. Fish and Wildlife Service (USFWS), testified on S. 373, recommending that the bill be amended to include all nine snakes addressed in the recent U.S. Geologic Survey (USGS) report on large constrictors. Chairman Cardin indicated that the USFWS should approach Senator Nelson regarding an amendment. Robert Bendick of The Nature Conservancy (TNC), while acknowledging problems with the science in the USGS Report, also recommended amending S. 373 to include the nine snakes.

The representative of the Humane Society of the United States (HSUS) was seen urging USFWS to ask Senator Nelson to amend S. 373 to include 45 species of Boa and Python.

S. 373 as written would add all 40 species of python to the Injurious Wildlife List of the Lacey Act; the entire python genre. If amended as recommended by USFWS and TNC it would add all four species of anaconda and Boa constrictor to the list. That would be 45 species in all. Although the bill sponsor is from Florida, this is not a Florida bill. This is federal legislation that would affect the entire country. This bill would include, but not be limited to; ball pythons, Chondros, blood pythons, carpet pythons and Boa constrictors. If passed S. 373 will destroy the Reptile Nation!

It is time for a gut check. Have you done everything you can to keep this nightmare scenario from happening? If you have we greatly appreciate your support! If you have been sitting on the sidelines hoping others will take care of this for you, please stand up and help now. We need members and money to fight this legislation. You can make excuses or you can take action! There is Strength in Numbers … Protect Your Rights! In the coming days USARK will ask a lot from the Reptile Nation. This is it. It is now or never. Live or die. This industry and hobby has never been so close to annihilation. Please don’t go quietly into the night.

Next Thursday, Dec. 10, 2009, S. 373 will go to ‘Mark Up’ before the Senate EPW Committee. This is where the bill can be amended. USARK has submitted several amendment proposals. We have one week to have an impact! Get involved and get ready to take massive action. We have worked too hard and come too far to let it all go now! ONE WEEK! Don’t Sit This One Out!