The existence of a previously unrecognized sea snake living in the Gulf of Carpentaria, off Australia’s northern coast, has finally been confirmed by Associate Professor Bryan Fry, from Queensland University's school of biological sciences, working in conjunction with colleagues from Adelaide University, after twelve years of investigation! Detailed anatomical examinations, DNA analyzes and comparative studies involving other recognized species of sea snake have all been carried out. 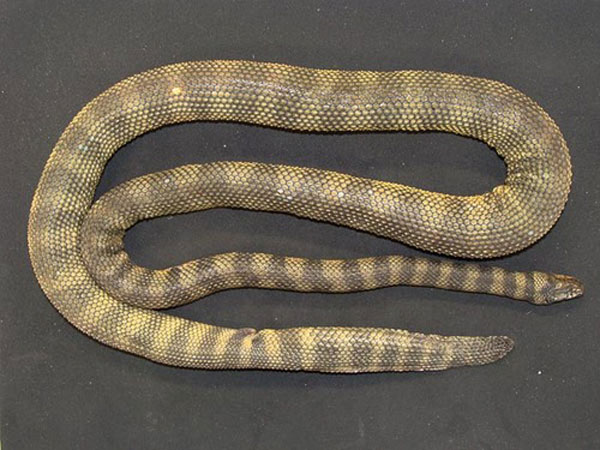 A Distinctive Characteristic
It has been called the rough-scaled sea snake, thanks to the unique raised scales on its body, which Associate Professor Fry believes are linked with the rocky inshore areas where it occurs. “We don't know why it has such unique scalation, but we will next study its ecology to learn more about it,” he says. It is possible that the scales may offer some protection to these marine reptiles, which run the risk of being buffeted on to the numerous rocks in their habitat by sea currents.

This venomous sea snake has been given the scientific name of Hydrophis donaldi, to honor boat captain David Donald.

"Quite simply, we would not have found this snake without Dave's unique knowledge of the area,” explains Bryan Fry. “I told him we wanted to survey as many distinct types of habitat as possible and he guided us to the perfect spots.”

The Importance of Sea Snakes

The rough-scaled sea snake is exceedingly rare in the wild. Fry has seen it on just nine occasions now, out of a total of 10,000 different sea snake sightings, but has described the area of Weipa, where the new species was discovered, as a marine Serengeti for sea snakes generally.

“We can see over 200 sea snakes in a single night's hunting, whereas sea snake populations have really crashed elsewhere through over-fishing removing their prey and also the snakes drowning in trawling nets,” he added.

Even so, many people may not be concerned about this massive decline in the numbers of these reptiles. Yet the fact is that their loss could have a serious and direct impact on our lives too.

According to Fry: “All venomous animals are bio-resources and have provided sources of many life-saving medications, such as treatments for high-blood pressure and diabetes. This reinforces why we need to conserve all of nature as the next billion dollar wonder-drug may come from as unlikely a source as sea snake venom.”