Loggerhead Sea Turtle Nest Numbers Up Across State Of Florida

Number of Caretta caretta nests counted, at 58,172, is second largest since the state of Florida began counting nests in 1989. 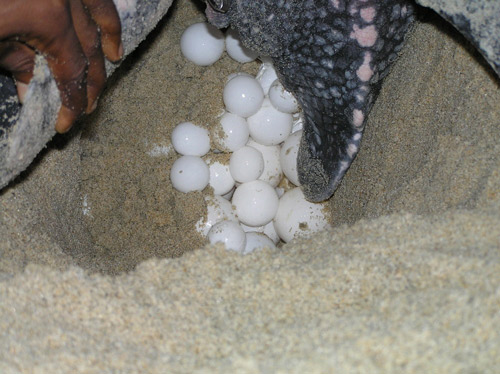 More than 58,000 loggerhead sea turtle nests were counted on 250 miles of Florida beaches this year.

It looks like we’ve had a reversal of the steep declines we had about a decade ago. But we can’t pop the champagne cork yet. Loggerheads and other sea turtle species still face many challenges, Dr. Blair Witherington, a research scientist with the Florida Fish & Wildlife Conservation Commission told the paper.