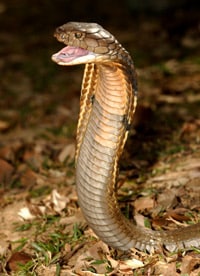 Are you still excited by your local reptile species?

Awhile back – I don’t remember if it was in a blog or not, because every day seems to bring a new dimension of senility – I wrote about how exciting it was for me, when I was in North Carolina to attend a wedding, to see a common green anole leap onto a plant next to where I was sitting. All my life I had only seen anoles in pet stores, never in the wild. And even though a restaurant’s outdoor patio probably couldn’t really be classified as “the wild,” the anole was, and I will always remember that encounter. Of course the locals around me thought I was weird when I was going on and on about the lizard.

It’s interesting when you consider the reptiles and amphibians people around the world might encounter on a fairly regular basis, and which they may even consider somewhat ho-hum. My last blog about Turtle Independence Day talked about green sea turtles, and I wouldn’t be surprised if the novelty of seeing these turtles has worn off for some residents of the Big Island of Hawaii (though, now that I think of it, how could the novelty of seeing a sea turtle ever wear off?).

Conversing with people on the REPTILES Facebook page can be fun, and it’s interesting when someone from another country pops up for a discussion. Not too long ago, a woman from Australia posted about some cool Australian reptile species, and she mentioned that all of the ones she was discussing could be found in her backyard. I don’t remember the species right now, but I remember being envious, and I think my response was something along the lines of, “That’s quite a backyard!” The animals she saw I would only be able to see at a reptile expo or in a store – or maybe on Animal Planet.

It’s easy to come down with a little case of herp envy when you consider species that people who live somewhere other than you may encounter with regularity, even fellow residents of the U.S. Take alligators. Some Floridians are probably sick of seeing alligators – some may even dread a gator encounter – but I know I for one would love to see an alligator in the wild (fairly) up close and personal. Just as I’m sure some Florida herpers would relish the opportunity of seeing a desert iguana or other Southern California reptile they may never have seen in the wild. (The alligator – there’s a real success story. The American alligator was endangered for awhile. Now it’s practically considered a pest species thanks to a huge rebound in numbers, due partially to commercial alligator farms raising their own gators and taking pressure off wild populations.)

Right now, I will admit that while I always appreciate seeing any reptile, fence lizards do not send me into fits of herpetological joy. Does someone who lives in Malaysia, though, feel the same way about the reptiles there? While they are not as common as fence lizards are here in Southern California, I couldn’t imagine what it would be like to be walking along a trail, see a king cobra, and think, “Eh, there’s another cobra.”

Of course, for some of us, any reptile sighting is a great and memorable one. The level of excitement will always be a matter of perspective, depending on where you live and the rarity of the animal you’ve encountered. The important thing is to try to hold on to that sense of wonder and happiness when you’re encountering your local reptiles, even the more common ones such as, in my case, fence lizards. Think about how cool someone from somewhere else might think they are. If you keep this thought in mind, you may find yourself looking at a previously ho-hum species in a new light, and maybe even with a little more respect.

Or maybe you’ll just yawn and move on. What species do you encounter most commonly in your home habitats? Do they still excite you?