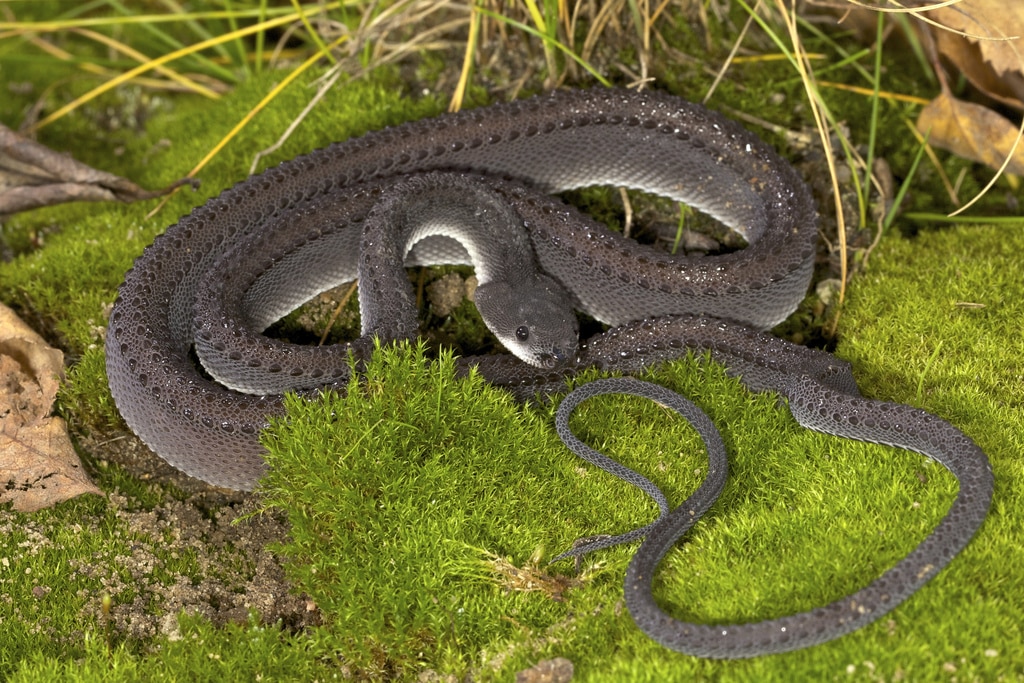 The dragon snake,  Xenodermus javanicus is an interesting snake in that it is the only snake in its genus. The snake is also called the Javan tubercle snake, Javan mud snake, and rough-backed litter snake. The snake is considered to be rare and is not widely kept in the hobby because it does not survive in captivity. It is a nocturnal snake and feeds exclusively on frogs. It is native to Thailand, Burma and Indonesia. It is not a prolific breeder, laying a clutch of two to four eggs a year. It is also known for its “stiff behavior” in which the snake will stiffen up, almost like a board, in any position when touched or picked up. It is not known why it behaves like this but it is interesting still the same. Another interesting feature about this snake is its skin. Rather than being smooth as most snakes are, the dragon snake has three rows of large, keeled scales that run down the center of its back, somewhat like the ridge of hair seen on a Rhodesian Ridgeback dog. Xenodermus javanicus was first described in 1836 by Johannes T. Reinhardt, a Danish zoologist. There is really not a whole lot that is known about the reptile, other than it is extremely difficult to keep alive in captivity. They apparently grow to about 2 to 2 1/2 feet and are colubrids. They apparently hunt and eat frogs exclusively at night and burrow during the day. Although they show up from time to time in the trade, this species is best left in the wild because there are no husbandry tips available and most all of the information on the Internet says this snake does not live very long in captivity.