The deadline to comment on the USFWS' proposal to ban nine constrictor snakes is May 11. 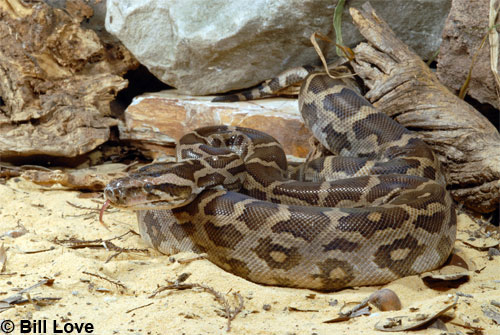 The Indian python (Python molorus molorus) is one of the snakes that may be reclassified.

The deadline to submit a comment on the U.S. Fish and Wildlife Service’s proposal to list nine species of large constrictor snakes as “injurious wildlife” is fast approaching. The deadline to comment is May 11.

Many of these snakes are popular pets and are associated with a large domestic and international trade. Over the past 30 years, about one million of these nine species have been imported into the United States, and current domestic production of some species likely exceeds import levels, according to the U.S. Department of the Interior.

The Pet Industry Joint Advisory Council (PIJAC) has launched a blog to assist the public in understanding the proposed rule change and in making constructive comments. PIJAC and other trade associations, such as the U.S. Association of Reptile Keepers (USARK), have voiced concerns about the possibility of a ban pushing the trade underground and potentially causing those already in possession of the snakes to euthanize the animals or release them into the wild.

“The Lacey Act listing has never stopped the introduction of any invasive species and has never eradicated any invasive species, so the stated intent of what they’re trying to do is not what would actually happen,” said USARK president Andrew Wyatt. Wyatt also said the science used to the justify the proposal is “overexaggerated” and that the Fish and Wildlife Service has done a poor job of assessing the economic impact that such a ban would have on businesses.

Ban supporters, such as the Humane Society of the United States (HSUS), say action is needed to prevent the country’s fragile ecosystems from being destroyed by the snakes. In an open letter dated April 6, HSUS president and CEO Wayne Pacelle called on the organization’s supporters to submit comments in favor of the proposed rule change.

“These snakes are dangerous to people and they can wreak havoc on our ecosystems,” Pacelle wrote. “Add to this the suffering of the animals in the pet trade, and it is clear that action is needed.”

The proposed rule may be viewed here.