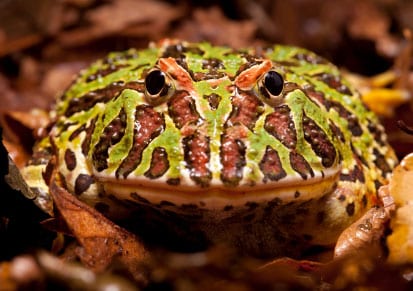 The FWS seeks public comment on a petition to control the spread of chytrid fungus by listing infected amphibians as "injurious wildlife" under the Lacey Act.

The United States Fish and Wildlife Service (FWS) is seeking public input on a petition to list all amphibians and amphibian eggs infected with chytrid fungus (Batrachochytrium dendrobatidis), also known as Bd, as “injurious wildlife” under the Lacey Act. Species classified as injurious wildlife may not be imported into the U.S. or traded between states.

The petition was submitted in 2009 by the Defenders of Wildlife, a conservation activist group. The group, according to FWS, is concerned that unregulated trade threatens the survival of many amphibians, because the fungus causes chytridiomycosis, a disease that’s deadly to amphibians. Chytrid fungus has been identified as a primary factor in the listing of a number of amphibian species as threatened or endangered, FWS stated.

“The worldwide decline of amphibians is of great concern to us,” FWS acting director Rowan Gould said. “Chytrid is attributed as a major cause of this amphibian mortality. We understand that halting the spread of the fungus or eradicating it will take more than just regulating importation and transportation of infected amphibians, but it is a major step in the right direction.”

FWS published the Notice of Inquiry in the Federal Register on Sept. 17. The notice and the Defenders of Wildlife’s petition are available at regulations.gov under Docket No. FWS-R9-FHC-2009-0093.

The public has until Thursday, Dec. 16, 2010, to submit information and supporting data, including answers to the following questions.

PIJAC reported that it is conducting a thorough analysis of the proposal and is working with stakeholders, including the pet industry, to collect relevant data as well as establish a means of communication and dialogue with interested PIJAC members. The Washington, D.C-based organization also plans to set up listening sessions with experts.

In the meantime, interested parties are invited to visit bd-freephibs.com to learn about the issue. Individuals engaged in testing and treatment may set up a partner profile on the website. In addition, PIJAC has established a blog on non-native amphibians.