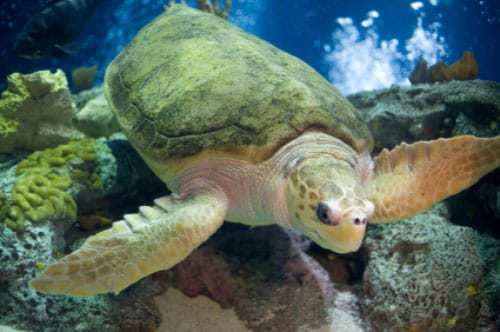 BP To Face Lawsuit Over Oil Spill’s Effect On Wildlife

Two environmental groups will file a lawsuit against BP for its role in the oil spill that has endangered Gulf Coast wildlife.

Last week, Defenders of Wildlife and the Southern Environmental Law Center announced that they will file a lawsuit against BP for the unauthorized take of endangered species caused by the Deepwater Horizon oil spill and the company’s use of dispersants to combat the spill.

The Endangered Species Act of 1973 prohibits the “take” of endangered species, and defines the term as meaning “to harass, harm, pursue, hunt, shoot, wound, kill, trap, capture or collect, or to attempt to engage in any such conduct.”

Defenders of Wildlife and the Southern Environmental Law Center are concerned about the immediate and long-term effects the spill and use of dispersants will have on coastal habitats and wildlife. The groups said that BP has mobilized one-third of the world’s supply of dispersants, which can cause genetic mutations and cancer.

Recently, the Environmental Protection Agency and United States Coast Guard announced that BP has complied with orders to dramatically reduce its use of dispersants. However, the EPA’s request that the energy company analyze potential alternative dispersants in an effort to find a less toxic option was not met to the EPA’s satisfaction.

Defenders of Wildlife and the Southern Environmental Law Center have already filed a lawsuit against the U.S. Minerals Management Service, citing the organization’s “continued lax oversight of drilling operations.”