The alligator didn't like that the banded water snake got too close.

A mama alligator had enough of a banded water snake (Nerodia fasciata) that apparently got too close to her babies, so she decided to take matters into her own jaws and it was captured in pictures by a Fort Myers, Fla. resident. 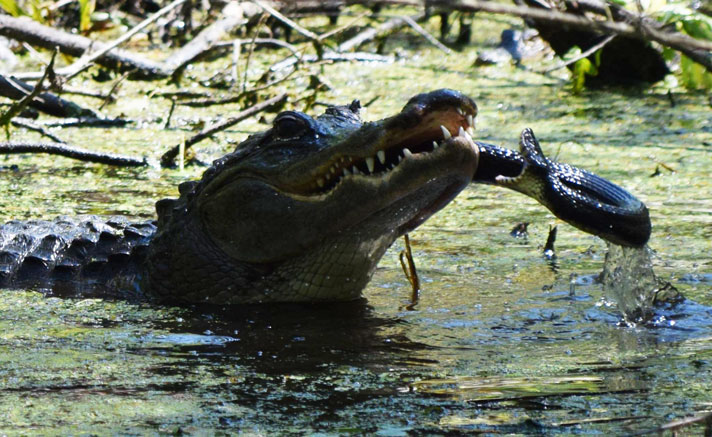 The alligator apparently didn't like that the banded water snake got too close.

Tiffany Gobert was visiting the Bird Rookery Swamp in Naples on March 24 when she and two of her friends got what could be the scene of their lives, an alligator apparently defending her babies from a banded water snake.

Gobert told ReptilesMagazine.com that she and her friends were between the third and fourth marker on the Bird Rookery Swamp trail, at around 1 p.m. when they saw the encounter. Gobert had her Nikon D3300 DSLR camera with 55-200 mm zoom lens and started taking photos as the alligator confronted and chomped down on the snake. 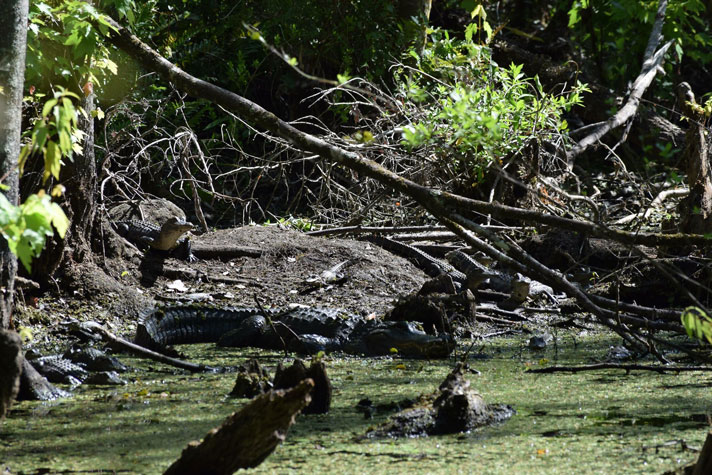 Mama alligator and her babies at the Bird Rookery Swamp in Naples, Fla.

"We kind of all saw it at once," Gobert told ReptilesMagazine.com. "At first we thought she bumped a branch causing a rippling. Then it moved (the snake) and curled its body out of the water. The alligator was pushing away from her babies when she tossed the snake up then chomped down. We could clearly hear the bones crunching," Gobert said.

The encounter lasted all of 5 minutes, Gobert said. "There were so many baby gators with the mom that we were looking forward to see how many were still there after the couple of hours had passed." Gobert got some great shots of nature in action.