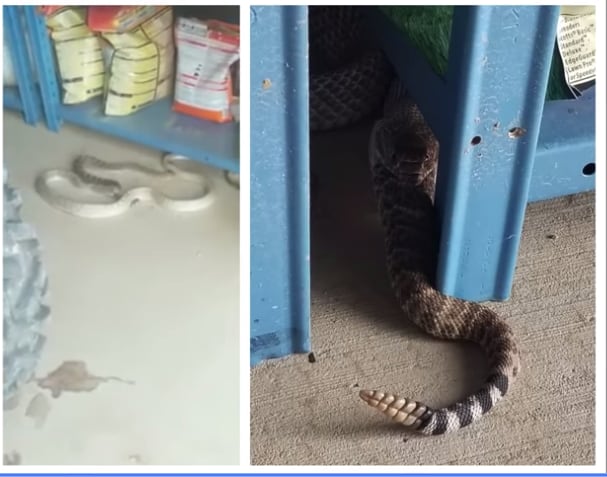 Coachwhips are known to eat other snakes.

Have you ever seen a rattlesnake get eaten by another snake? For me that is the holy grail of herping. Brent Jones of Jacksboro, Texas was fortunate enough not only to see such an encounter, but to record the beginning of the attack by what is described as a coachwhip attacking a rattlesnake. The video shows the coachwhip aggressively handling the rattlesnake as the venomous snake rattles its tail in distress. The clip then abruptly ends.

I’ve been walking outdoors in Southern California in an area that is home to both the California kingsnake and western diamondback and Pacific rattlesnakes, and while I’ve seen all three species separately, I have yet to happen upon a kingsnake and rattlesnake battling it out.

Masticophis flagellum are endemic to the United States and Mexico and are found coast to coast in the US. They vary in coloration and can grow to around six feet in length. There are 10 rattlesnake species in Texas. The one in the video appears to be a western diamondback rattlesnake.