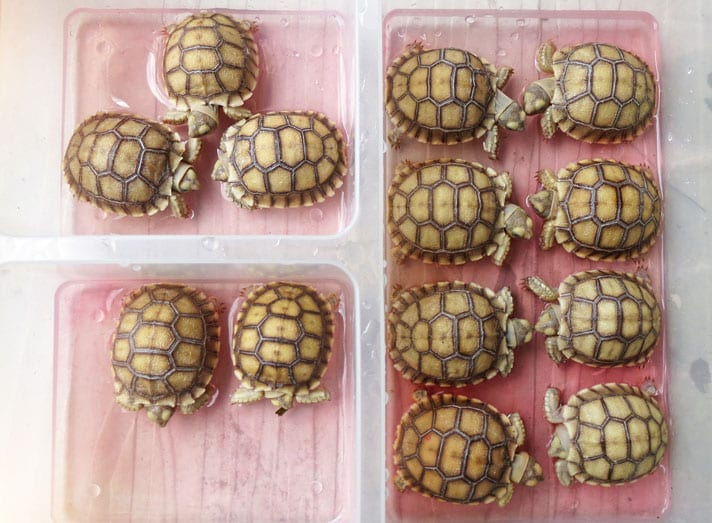 A thief in Wisconsin stole 5 baby sulcata tortoises from a Pet World.

Can You Keep A Radiated Tortoise With A Malagasy Tree Boa? No, You Can't
Texas Teen Playing Pokemon Go Bit by Venomous Snake
Bobby The Wildlife Warrior From Queensland Australia

Police in West Allis, Wisconsin are seeking the public's helping identifying a man who stole five baby sulcata tortoises (Geochelone [Centrochelys] sulcata) from the Pet World pet store in the city. According to WTMJ-TV, the tortoises were stolen the evening of March 5.

Help Assist WAPD – Theft: We are trying to identify the subject in the attached photo in reference to a theft of 5…

“He easily opened the flap and then just stuck his arm in and seemed to put them in his sleeve,” sales associate Maxine Niedzielski told WTMJ-TV.

Police describe the suspect as a white male who was wearing a red jacket, a dark stocking cap, dark pants and black and white shoes. 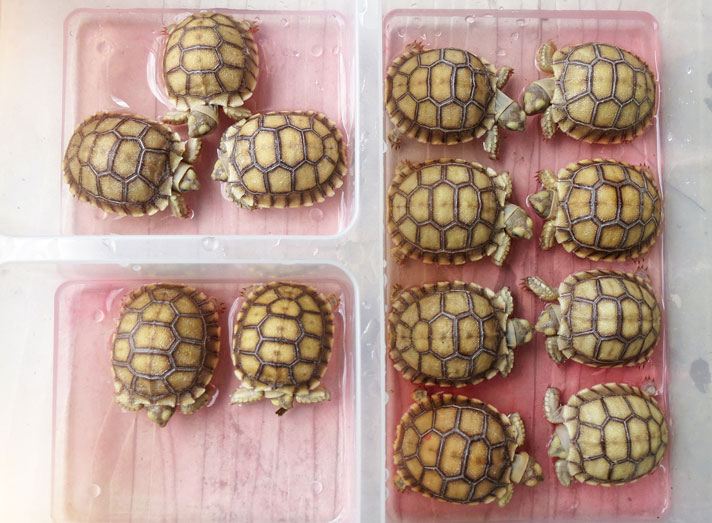 A thief in Wisconsin stole 5 baby sulcata tortoises from a Pet World.

Police are hoping that someone knows the suspect and can provide more information. If you do, contact the West Allis Police Department at (414) 302-8000.

Sulcata tortoises, while cute as babies, grow quite large and require specialized care for the duration of their lives, which can easily exceed that of their keepers. The pet store says the tortoises were valued at $179.99 each, or about $1,000.