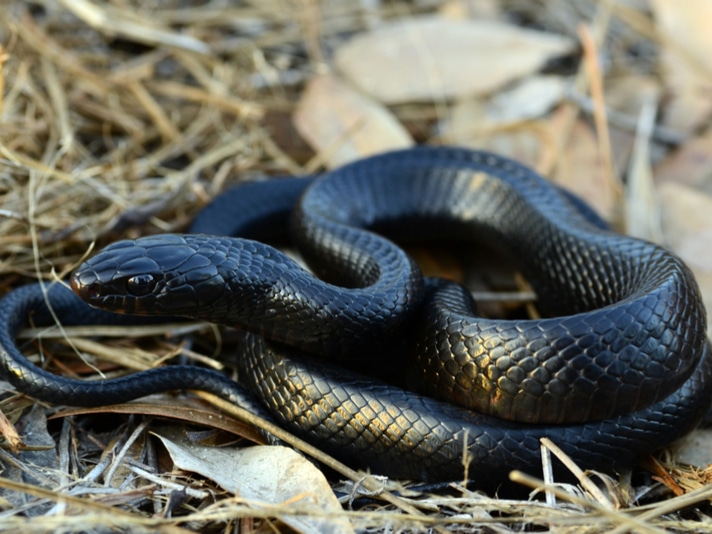 The behavior is apparently rare in Indigo snakes.

Did you know that indigo snakes play dead? That is news to me. I always considered the indigo snake to be right up there with the most badass snakes in the world. A hard charging, opportunistic venomous snake eater and no-nonsense bruiser is how I perceived the species to be, ever since I watched one take a bite out of a keeper’s arm at Prehistoric Pets in Fountain Valley, CA when I was about 14 years old.

According to National Geographic, amateur herpetologist Eric Johnson of Mission, TX captured some interesting footage of an indigo snake playing dead. The video shows a human hand touching the snake, and the snake then begins to writhe like a hognose, with its mouth agape and its body contorted and stiff. The person then picks up the snake and it remains stiff, but then you see it flick its tongue out.

Researchers think that the display might only apply to humans, as it has not been documented with predators of the indigo snake. Nevertheless, the display is interesting and makes you think a little differently of this threatened species under Texas law.