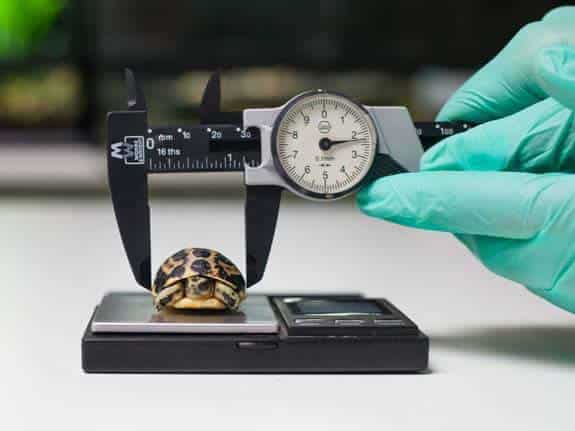 The spider tortoise hatchling is the first to be successfully hatched at a British zoo.

The Paignton Zoo in Devon, United Kingdom, has successfully hatched a spider tortoise (Pyxis arachnoides), marking the first time a British zoo has successfully reared the endangered species. The single egg hatched after about 180 days of incubation on April 25, the fruits of hard work of the zoo and one of its keeper’s, Andrew Meek, who had came up with the husbandry protocol of the species, including mimicking natural seasonal changes and spraying the the tortoises with water to simulate rain, all based on field data and existing experiences from other collections. 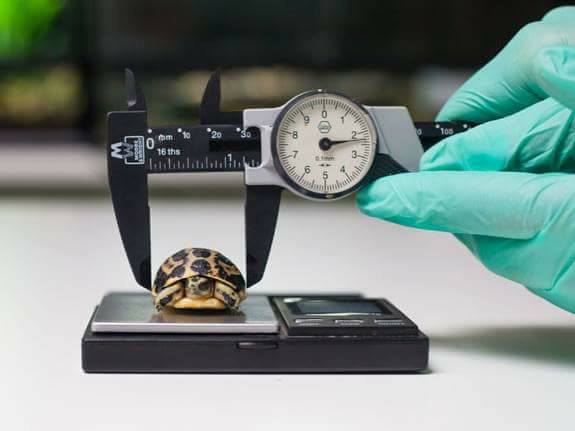 with permission from luke harding

The spider tortoise hatchling is the first to be successfully hatched at a British zoo.

“This is a great achievement for all the team, but I must congratulate keeper Andrew Meek – this is an excellent example of the hard work, evidence-based husbandry and attention to detail that brings success,” Luke Harding, curator of lower vertebrates and invertebrates at the zoo said in a statement to The Independent.

“Andrew was the lead on this project and did all the hard work and research on how to cycle the animals and incubate the eggs, including the crucial cooling period.”

“Our success is down to the combination of particular husbandry and precise incubation. We also managed to deal with the complicated incubation process and changing the temperatures throughout."

“This species is not doing well in the wild. The more we can breed them and the more we can learn about their captive management and reproductive biology, the more we can contribute towards effective conservation measures in-situ.”

In addition to the hatchling, the zoo maintains a breeding collection of two males and two females ranging in age from 11 to 22 years, according to the Independent. It will be reared and then eventually sent to another zoo.

The spider tortoise (Pyxis arachnoides) is endemic to Madagascar, and its populations have been negatively affected by habitat loss and collection for food consumption and the international pet trade. It is listed as Critically Endangered by the IUCN and is one of only two species in the Pyxis genus.