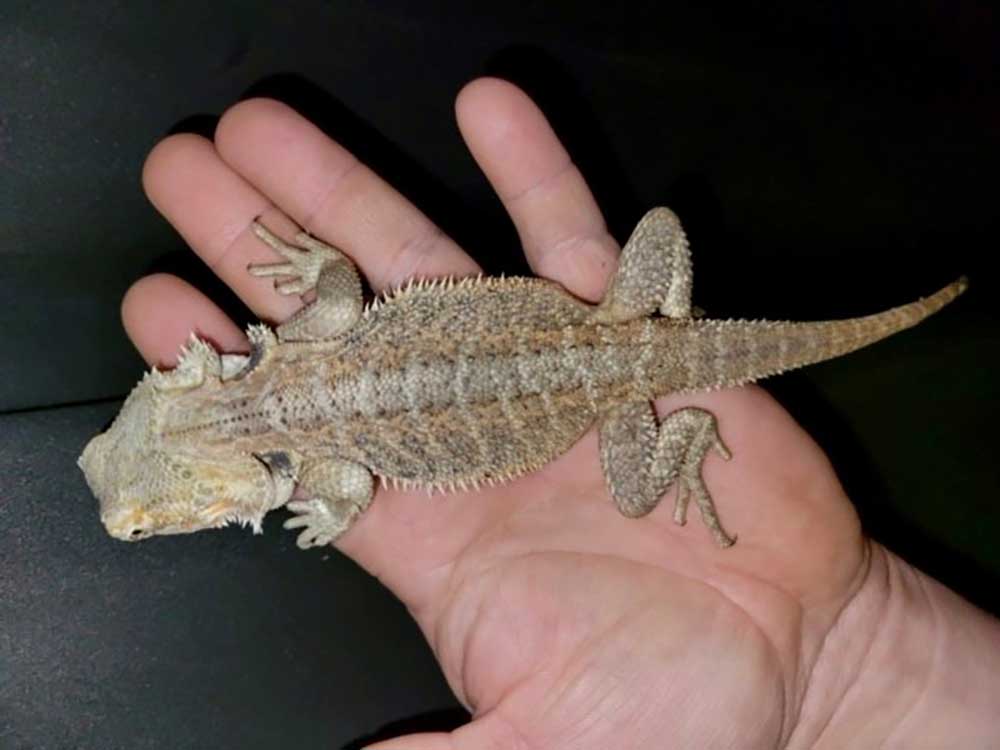 The bearded dragons were left in a storage unit with no adequate care, the sheriff's office said.

The two surviving bearded dragons are beginning to thrive after receiving proper care, treatment and nutrition.

The bearded dragons were left in a storage unit with no adequate care, the sheriff's office said.

The Forsyth County Sheriff’s Office in North Carolina has charged Jamie Lee Sartin, 24, of Winston-Salem, and Taylor Brianne Moore, 25 of Advance, with Cruelty to Animals, NCGS 14-360(a), for unlawfully, willfully, and intentionally depriving of necessary sustenance and Abandonment of Animals, and NCGS 14-361.1, for willfully and without justifiable excuse abandoning animals.

According to the Forsyth County Sheriff’s Office, the gate code to the storage unit was not accessed since late November 2021 and the unit had been locked out for non-payment.

The three bearded dragons were taken by animal services, which called a local reptile expert to help them. One of the bearded dragons died on the way to receiving care and the others were severely emaciated and suffering from malnutrition according to a veterinarian who examined the surviving lizards.

After receiving proper care, treatment and nutrition, the surviving lizards are beginning to thrive, the sheriff’s office wrote.