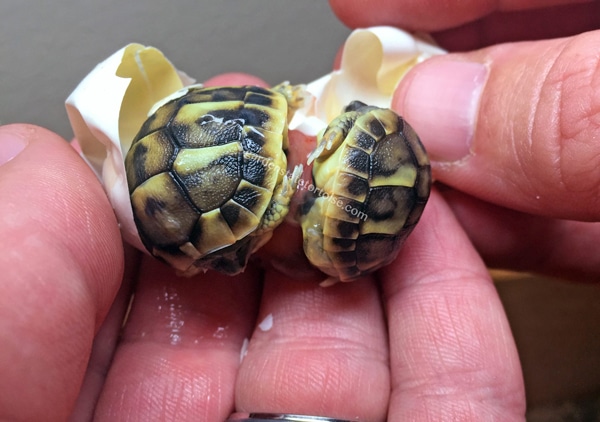 The tortoise twins were successfully separated the second week of October

Garden State Tortoise and theTurtleRoom hatched out twin Western Hermann’s tortoises  (T. h. hermanni)October 12, 2015. The twins, named Bumblebee and Yellowjacket were attached to each other by a yolk sac. Owner Chris Leone immediately knew the twins faced some immediate challenges. Leone placed then in an incubator and let them absorb their yolk sac. They were successfully separated the second week of October and have been doing well ever since. 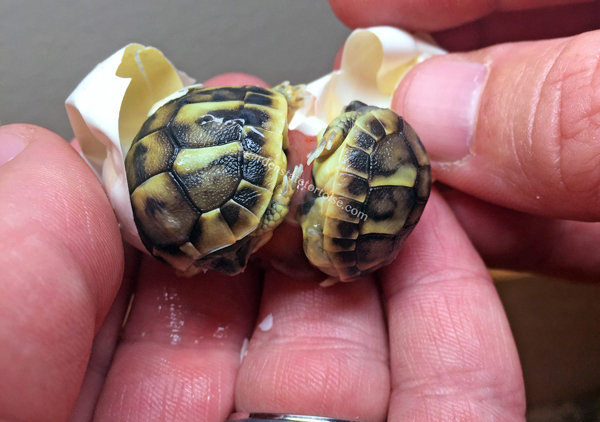 These Hermann's tortoise twins were connected via a yolk sac.