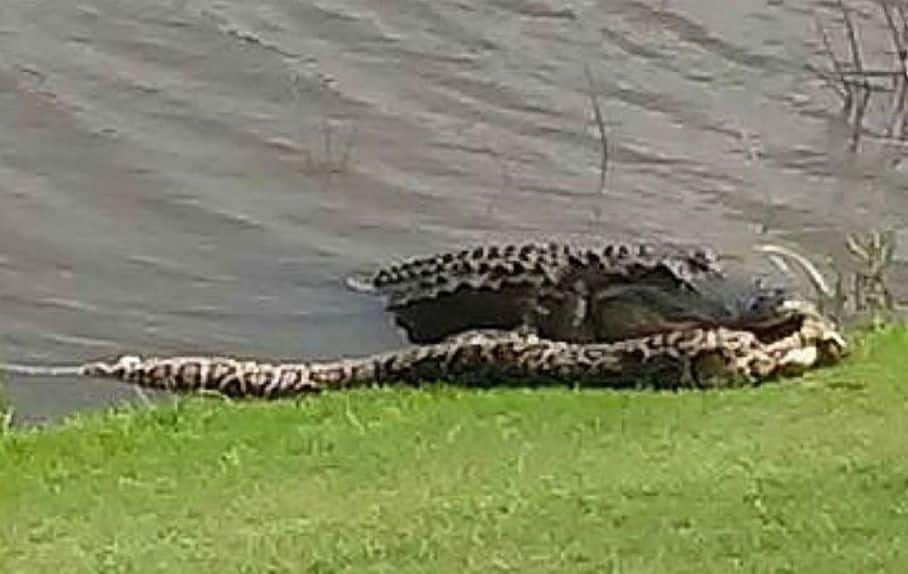 This Florida Burmese Python Has Met Its Match

This invasive python got eaten by an alligator

Burmese pythons (Python molurus bivittatus) are well established in the Florida Everglades and have positioned themselves as apex predators, but the American alligator (Alligator mississippiensis) has not yet given up its mantle. The one animal that can dispatch a large constricting snake is the American alligator. There have been epic battles caught on camera of Burmese pythons and alligators locked in battle, and the victors usually go both ways. Sometimes, both end up dead. In the case of the photo taken at the Classics Country Club at Lely Resort in Naples, Fla., the Burmese python was eaten by the alligator. 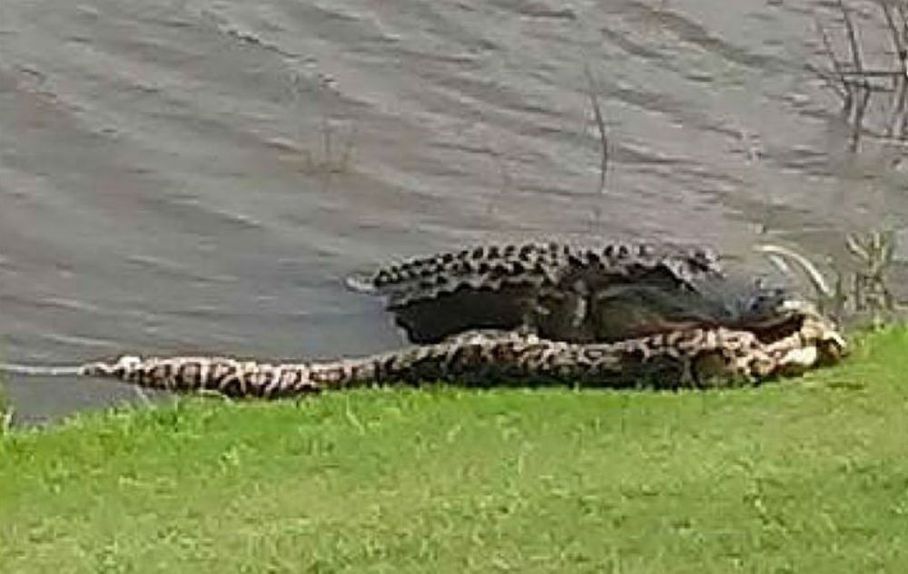 In this battle, the alligator won.

Some of the comments on the Facebook page of the Classics Country Club at Lely Resort are just too funny not to post:

"I'm guessing the python was shaving some strokes off his score and the gator didn't like it."

"Looking for birdies…I got a snake!"

"This is 'Merica snake! You should have stayed in Burma. . . hey someone pass the salt."

"That's a small python. The larger ones eat alligators."

"Someone needs a better camera."

The alligator probably knew that the python was an invasive interloper that was eating up the gator's normal prey so it took it upon itself to feast on some python meat. At any rate, score one for the gator and a loss in the corner of the large invasive constrictor.