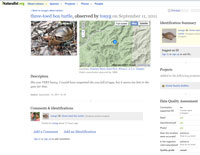 Researchers at UC Berkeley and Stanford University have commenced the second phase of its BioBlitz race, a race to photograph every reptile and amphibian species and capture the locations of those animals via GPS device built into digital and cell phone cameras. 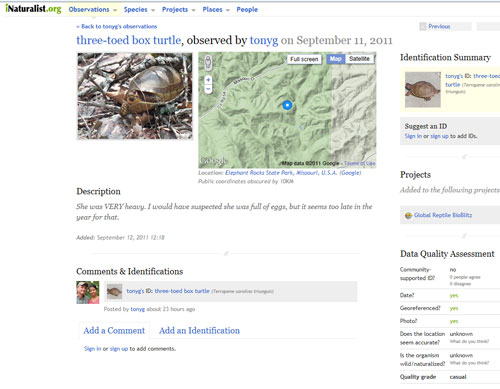 Because of the success of the The Global Amphibian BioBlitz, organizers have launched The Global Reptile BioBlitz, in hopes that amateur photographers will photograph the world's 9500 reptile species

The organizers of the race hoped that amateur photographers throughout the world would take pictures in places that scientists cannot get to. The idea is to get non-scientific folks involved in the documentation of these animals, and the scientists can continue with the research that they are working on. The Global Amphibian BioBlitz, launched in June, has enjoyed the fruits of its amateur photographers–10 percent on the world's 7000 amphibian species have been photographed, according to a report in the Contra Costa Times in California.

More than 190 amphibian species from 55 countries have been photographed and posted to Facebook, Flickr, and other social media sites. Animals photographed include an endangered Venezuelan frog that has a larger geographic range than previously thought, a Costa Rican toad species previously thought to be extinct, and a lemon yellow treefrog spotted in a military latrine in Iraq. Because of the success of the The Global Amphibian BioBlitz, organizers have launched The Global Reptile BioBlitz, in hopes that amateur photographers will photograph the world's 9500 reptile species.

"What's most exciting is seeing complete non-professionals – amateur but enthusiastic amphibian people – getting involved, which is the kind of interest I want to see," Michelle Koo, a University of California, Berkeley, research scientist told the UC Berkeley News. Koo is a herpetologist who is one of the coordinators of BioBlitz and helps manage AmphibiaWeb, an Internet database hosted by the campus's Museum of Vertebrate Zoology. "I think it's great to now tap into the larger group of reptile people."

For more information, or to upload a photo, visit Global Amphibian BioBlitz  and The Global Reptile BioBlitz