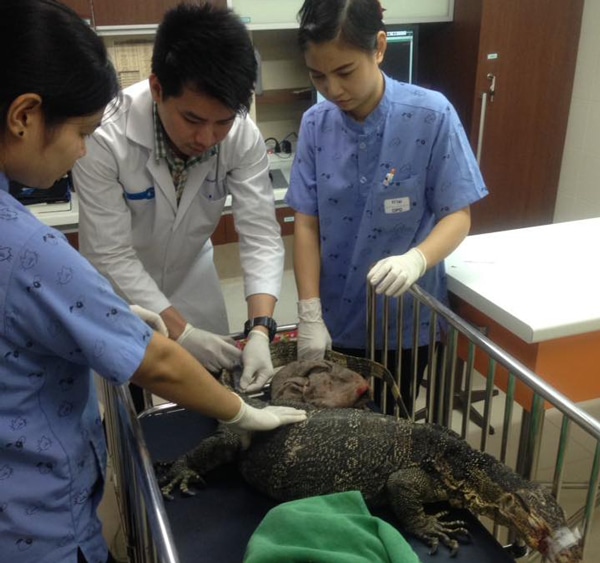 A monitor lizard hit by a car in Bangkok, Thailand gets a second chance at living thanks to a group of strangers.

The monitor lizards (Varanus salvator) of Bangkok, Thailand are big and can get a bit unwieldy. They are often seen around the city in the most interesting places, and are considered by some to be pests.

Known as “Hia,” the reptile is generally reviled. But when one got hit by a car, some bystanders went into action in an effort to save it, according to Jira Niyom, a university student who captured photographs of the folks who got it to a pet hospital for treatment.

"I would like to thank Soonthorn Katecha for paying the bills and contacting the veterinarian, Juk Noppol for placing traffic cones around the injured monitor lizard to prevent other vehicles running over it, Rachane for taking the animal to the vet, Dr Piyawutthi for deducting his professional fee, and Chantharang for a donation,” Niyom posted on his Facebook page.