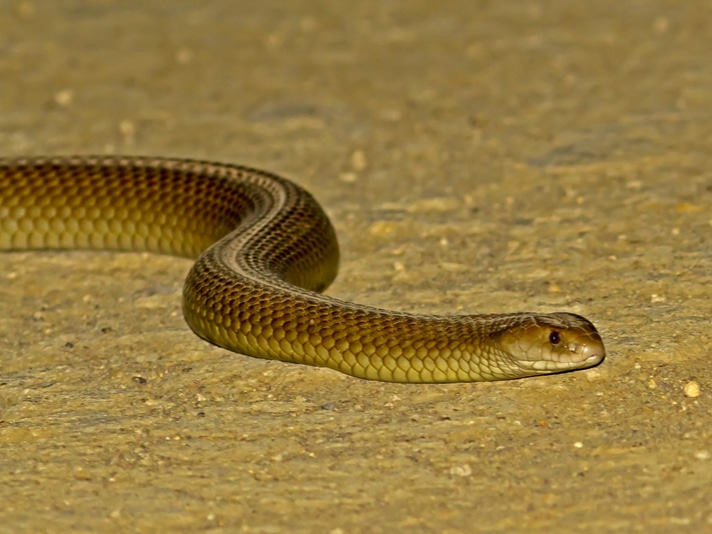 And most Imperial Stormtrooper naysayers say the armor is just a bunch of useless plastic. In the Star Wars universe, when Stormtroopers are shot, the

And most Imperial Stormtrooper naysayers say the armor is just a bunch of useless plastic. In the Star Wars universe, when Stormtroopers are shot, the armor is shown to be pretty much useless. That was not the case for a man from Western Australia who was walking the country to raise money for a children’s hospital.

During the course of a 9,300 mile trek across Australia, Scott Loxley says he was bit by a king brown snake (Pseudechis australis) on day 277 of his walkabout. Initially Loxley thought it was dead and when he tried to walk around it, the snake lunged toward him and bit him on the shin, which of course was covered with the armor of an Imperial Stormtrooper. Loxley says in his Facebook video that he could feel the teeth scraping on the plastic, but that was about it.

“So all those people who rag on the old Stormtroopers – ‘you know, the armor doesn’t do this, it doesn’t do that’ – it stopped the snake bite and probably saved my life today.”

The king brown snake, also called the mulga or pilbara cobra, is native to nearly all of Australia except for Victoria and Tasmania. It grows to around 8 to 9 feet in length and is the second longest snake in Australia. The snake is found in woodlands, scrublands, and grasslands of the country and feeds on lizards, birds, mammals and frogs, and other snakes, including all other venomous snakes in Australia.