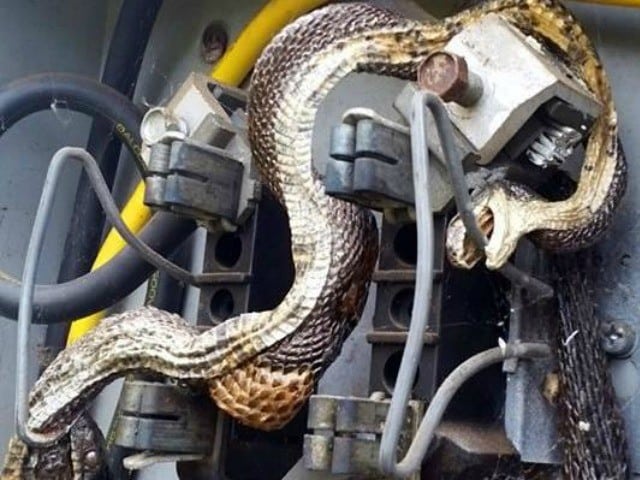 City workers came across these dead snakes in an electrical box on a house slated for demolition.

Several North Carolina electrical workers in the city of Morganton got a surprise when they opened up an electrical box on a house slated for demolition. Two dead snakes were found in the box, one which apparently crawled across two hot terminals and got electrocuted, and another which apparently was trying to eat the first snake and got jolted to death as well.

The image, taken by a worker with the City of Morganton Electric Services Department was shared on the city’s Facebook page close to 10,000 times and has more than 1,700 comments.

Some of the comments: