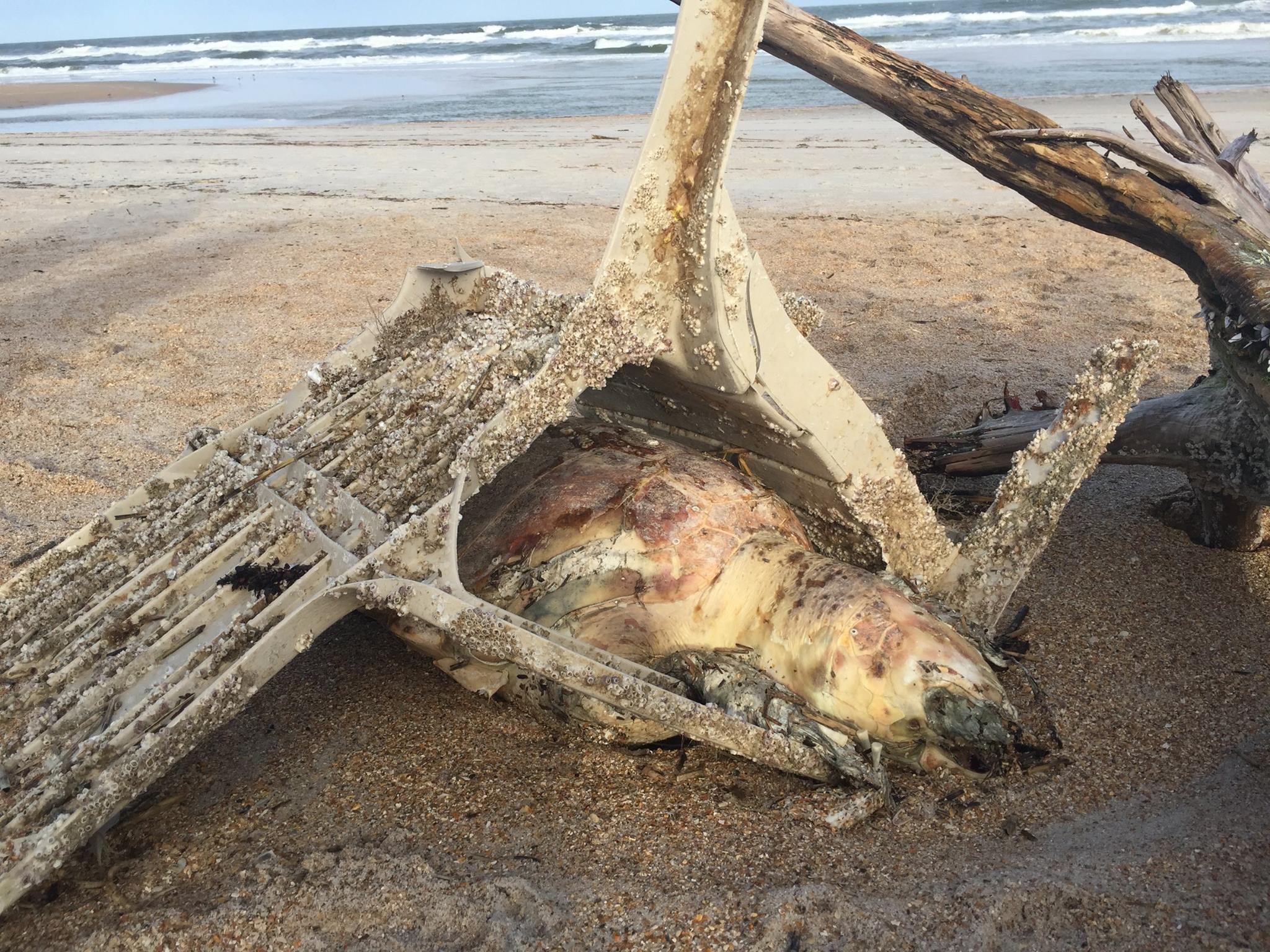 A sea turtle that was wedged inside a cheap plastic lawn chair was found dead, washed up on a beach oat Mickler’s Landing Beach Park in Sawgrass, Fla.

Nancy Kablach Condron wrote the stranding report for the reptile for the Micklers Landing Turtle Patrol. The poor turtle probably drowned as Condron reported on her Facebook page that it was wedged tightly into the chair. The chair itself is encrusted in barnacles and was probably floating just below the surface when the turtle may have attempted to swim through it and got stuck. Not only must sea turtles worry about ingesting plastic, (green and leatherback turtles are ingesting more plastic than 25 years ago) they must avoid hazards such as this cheap plastic chair floating on the surface of the world's oceans. 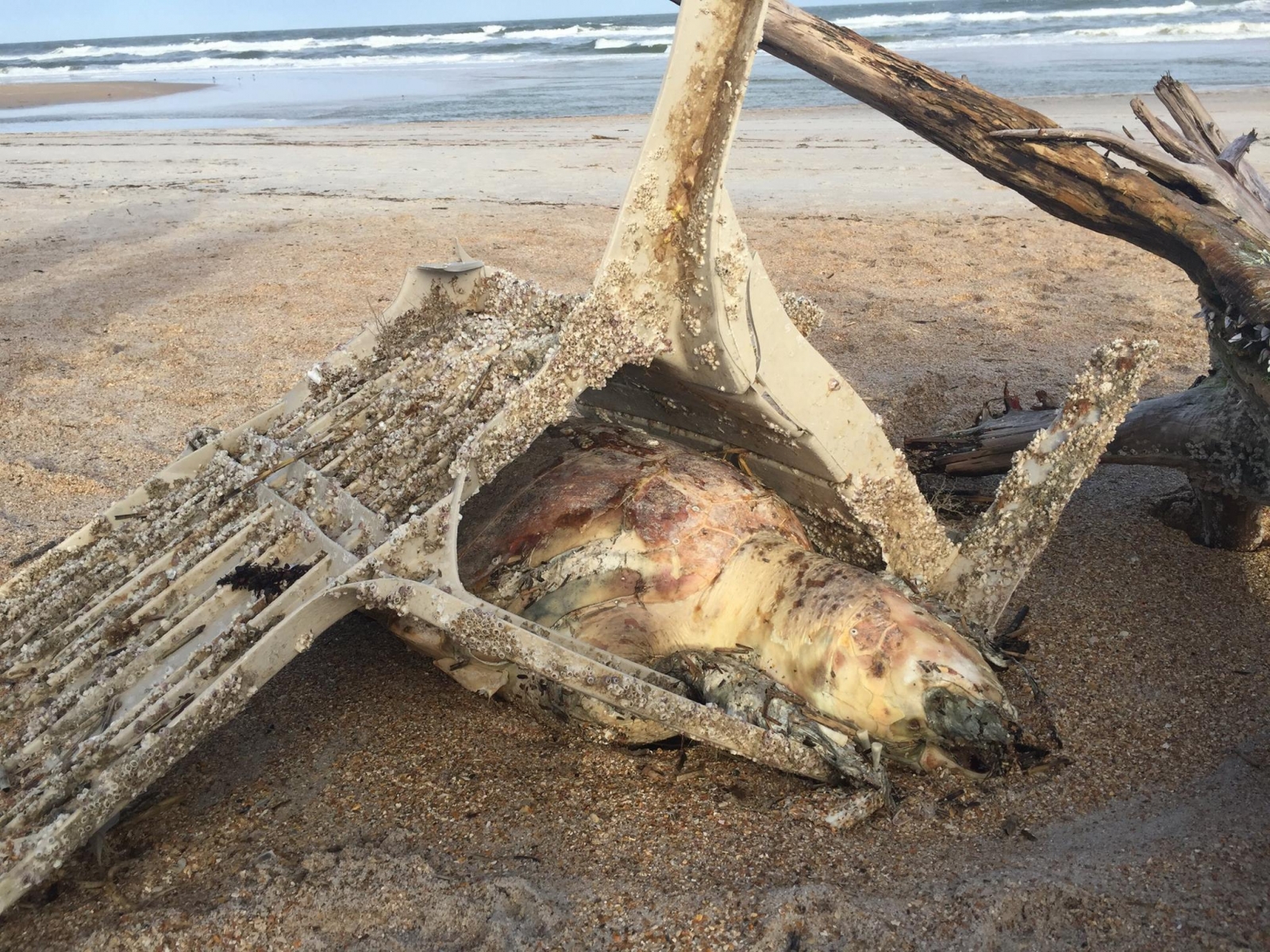 Plastic is literally choking the world’s oceans and their inhabitants. This sea turtle stuck in a plastic lawn chair is just the tip of the iceberg when it comes to plastic contaminants in the world’s oceans and waterways. The Great Pacific Garbage Patch is said to stretch 500 nautical miles off the California Coast, past Hawaii and close to Japan. Conservative estimates put the amount of plastic and other trash in the trash vortex at 100 million tons. 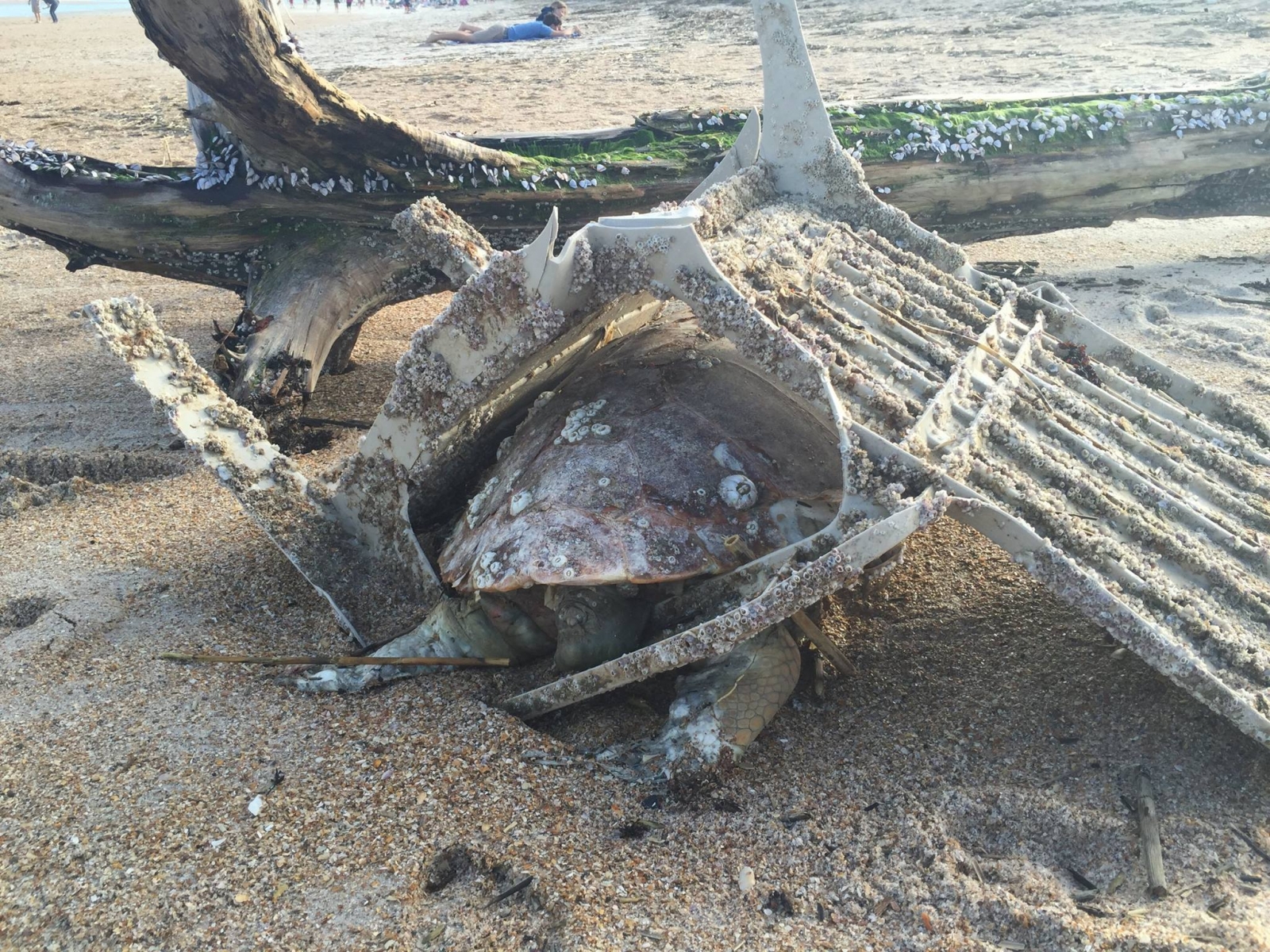 The Great Pacific Garbage Patch was first discovered in 1997 by Charles Moore, an oceanographer, yacht racer and heir to an oil industry fortune. Moore sailed through the trash for more than a week and became so upset over what he witnessed that he sold his interest in the oil industry, which is responsible for a lot of the plastic generated by business, and became an environmental activist.

Think about being a responsible steward of the world’s oceans. Drink tap water. Say no to disposable water bottles because are they really disposable? Reuse those plastic grocery bags. Pick up trash while at the beach. Think Twice. Act Once. Reduce.Reuse. Recycle.