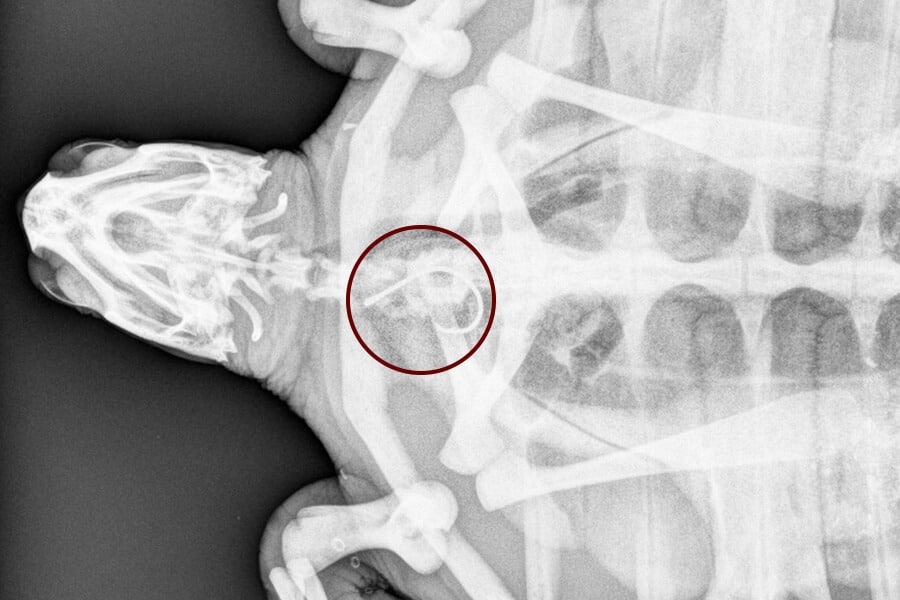 Sea Turtle That Swallowed Fish Hook Released Back Into Ocean

Kernel was released after four months of rehabilitation. He had a fishhook lodged in his esophagus.

A juvenile green sea turtle (Chelonia mydas) that was found with a fishhook in its esophagus was released by the Brevard Zoo in Melbourne, FL. Kernel was admitted to the zoo's Sea Turtle Healing Center in January to have the hook surgically removed and was nursed back to health with antibiotics, fluids and additional nutritional support.

Back in January, this sea turtle swallowed a fishhook. Now Kernel is hook-free and back in the ocean thanks to our Sea Turtle Healing Center! Learn more: bit.ly/2PH2ZwR

“Accidents happen, and you won’t get in any legal trouble for inadvertently hooking a sea turtle,” Shanon Gann, the Zoo’s sea turtle program manager said in a statement announcing the release of the reptile. “If possible, don’t cut the line, and use a net to safely guide the sea turtle to shore or onto your boat; in fact, many piers have nets available for this purpose. 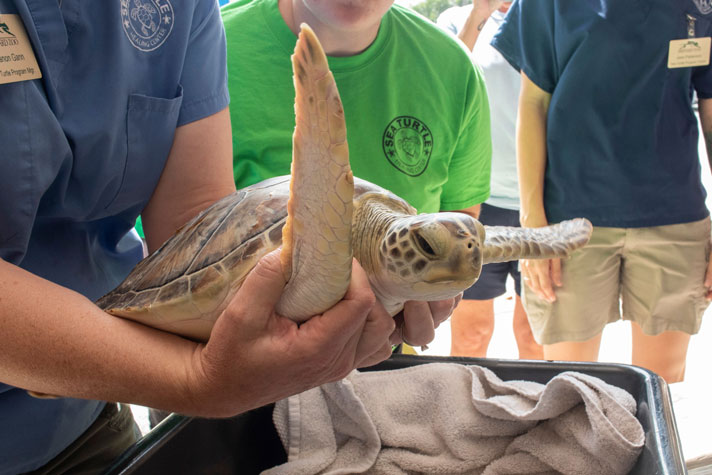 Kernel was released after four months of rehabilitation. He had a fishhook lodged in his esophagus.

Do not reel the sea turtle in as this could deepen the wound. Then call Florida Fish and Wildlife Conservation Commission at 1-888-404-FWCC for further instruction. This is what the couple that hooked Kernel did, and that decision quite possibly saved Kernel’s life.”

The zoo advises anglers to wrap unneeded fishhooks in paper and dispose of them into the garbage.

The green sea turtle is found in sub-tropical and tropical oceans throughout the world. In the United States, they are found off the coast of Florida and the Gulf of Mexico. They can also be found in San Diego, CA, and a colony has also been established for decades around Seal Beach, CA.