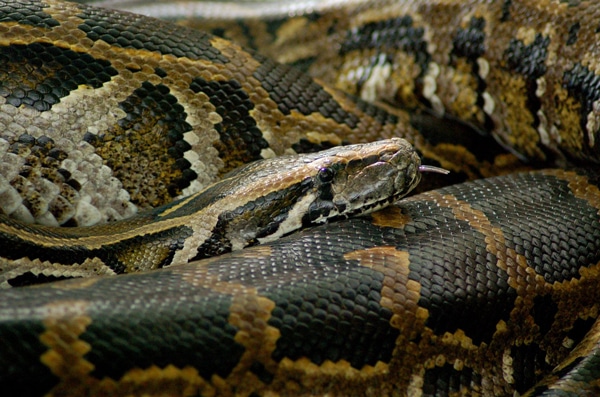 Monty, a favorite at the Louisville Zoo, was 38.

Monty, one of the most well loved animals at the Louisville Zoo in Kentucky, has died. The 38-year-old Burmese python was diagnosed with lymphoma, was not eating well and was losing weight, so the zoo decided that the most humane thing to do was to euthanize the gentle giant.

Monty first came to the zoo more than 35 years ago and quickly became a guest favorite, the zoo said on its Facebook page. He grew to 13 feet in length and won an award from the Kentucky Veterinary Medical Association Kentucky Animal Hall of Fame for being an exceptional animal.

Gary Johnson, who raised Monty at one point in the snake's long life, wrote on Facebook that he has never been around a snake that was so gentle and tolerant of people touching him. Johnson said that Monty has been touched by thousands of people over the span of his life and there was not a single sign of agitation on Monty’s part.

RIP Monty. You will be missed.