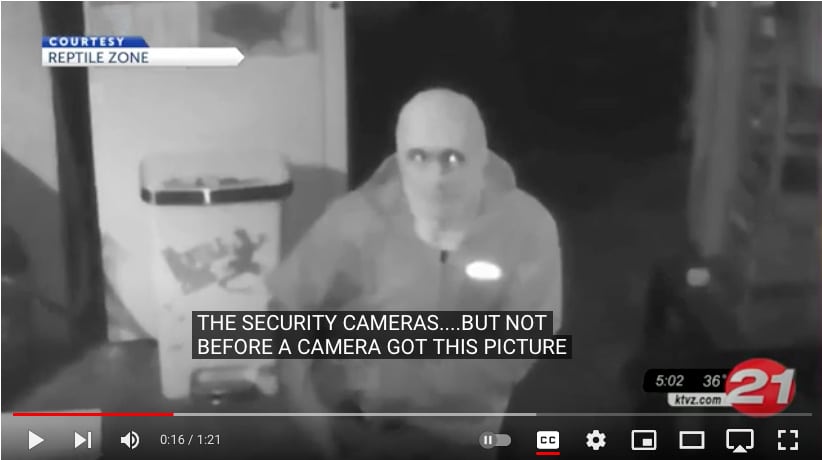 Owner is willing to get his stuff back no questions asked.

Owner Jeff Jensen is asking for the public's help in getting his pets back.

A thief or thieves broke into the Reptile Zone in Bend, OR the night of November 27 and stole some very specific reptiles, as well as some supplies to take care of the animals. Owner Jeff Jensen, in an interview with KTVZ News says he believes he knows who the person might be and is giving the thief the chance to return the animals and other goods stolen.

“So guys if you’ve got my stuff and you bring them in no questions asked, but if you get caught, it is a felony, and you go to jail big time,” Jensen told KTVZ News. “And I will be posting a reward for any knowledge that can be shared with me and the Bend Police. I’ve never been so violated, these were personal pets, and not just something that I sell and that hurts.”

Jensen believes that because of the size of the things stolen, he thinks the thief had an accomplice. Jensen told KTVZ News he is asking the public to share the picture of the thief on Facebook along with any information they might have. The Reptile Zone can be reached at
+1 541 728 0620 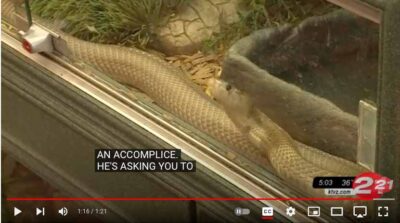