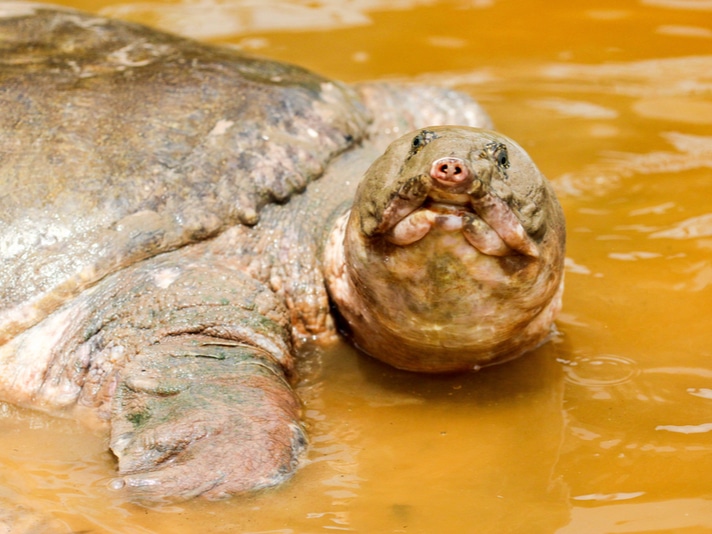 When Cụ Rùa, a Yangtze giant softshell turtle (Rafetus swinhoei) died in Vietnam back in 2016, only three of the chelonians were known to exist in the world, including a breeding pair in China. 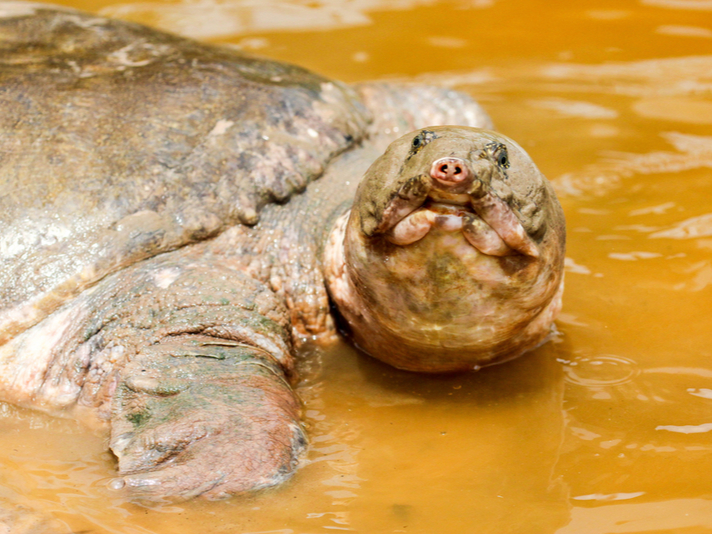 Now experts in the reptile have confirmed the presence of a fourth individual in Vietnam’s Xuan Khanh Lake.

“It’s a good feeling to confirm the presence of a fourth turtle; it gives us hope something can be done to bring the species back,” Timothy McCormack, program coordinator of  the Hanoi-based Asian Turtle Program of Indo-Myanmar Conservation (ATP/IMC), a U.K.-based conservation charity, told Mongabay. “I’ve put a lot of time into looking for this species and have always believed it has a chance.”

Last pair of rafetus turtle in China at Suzhou Zoo

Last pair of rafetus turtle in China at Suzhou Zoo. It is the breeding program to save this turtle species.

According to Mongabay, a photograph in 2012 lent the plausibility that a Yangtze giant softshell turtle was living in Xuan Khanh Lake but it proved inconclusive because the image was blurry and extensive surveys of the lake didn’t yield any concrete proof. A second blurry photo of a turtle was taken last year by a former fisherman who works with the Asian Turtle Program of Indo-Myanmar Conservation (ATP/IMC). That photo again proved inconclusive, but this time, Washington State University Ecologist Caren Goldberg conducted an environmental DNA test on the lake’s water, looking for telltale signs of the presence of the species, including shed skin and turtle excrement.  Goldberg’s team was able to match eDNA from the lake’s water samples with that of known samples of Rafetus swinhoei, which suggested that the lake was home to a Yangtze giant softshell turtle.

“It is difficult to detect a species at very low densities with eDNA, the sample has to be collected fairly close to where the animal is or was very recently,” Goldberg told Mongabay. “We analyzed many samples testing negative in addition to this positive sample. Between the visual observations and the sequence from the eDNA sample, there is a good amount of evidence that this turtle is another Rafetus swinhoei.”

Yangtze giant softshell turtles are critically endangered with just four known animals left. A breeding effort in China has yet to be successful. Their population has dropped drastically due to hunting, habitat loss, and change in environments for rice production. There is the potential that this species may be found in larger more isolated lakes, but as of now, just four survive.