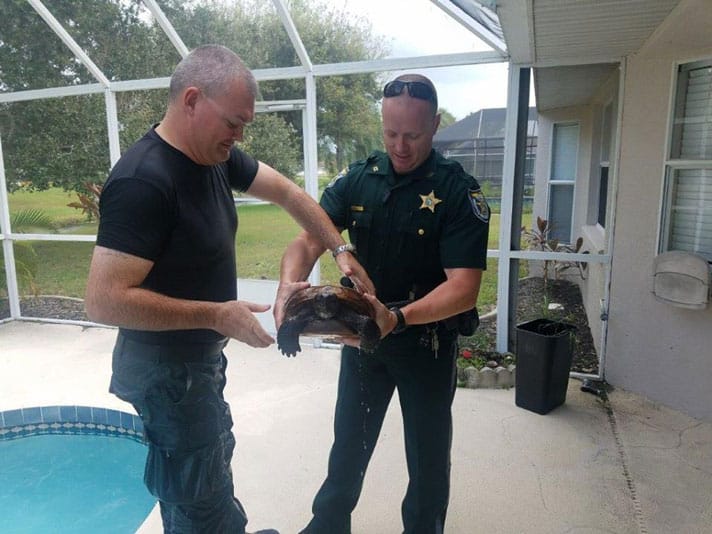 Police In Florida Save Gopher Tortoise From Backyard Pool

The non-aquatic reptile had fallen into a pool and sank.

A large gopher tortoise fell into a backyard pool at a residence in Englewood, Florida and the Charlotte County Sheriff's Office Marine Unit, which is usually tasked to save boaters in the Gulf of Mexico, was called in to save it. 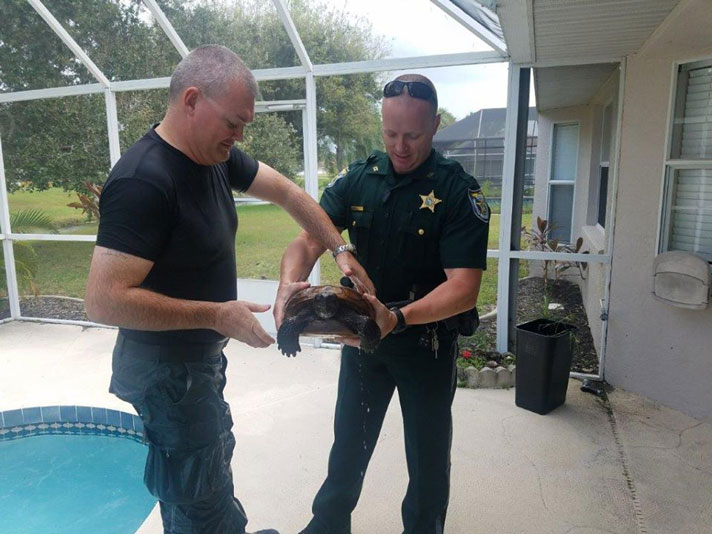 Officer Richard Carley, left, and Deputy Armstead (in uniform) rescued a gopher tortoise that had fallen into someone's pool and sank.

Officer Richard Carley was closest to the scene and responded fairly quickly. He removed his utility belt and dived into the pool and pulled the tortoise from the bottom of the pool, the Charlotte County Sheriff's Office wrote on its Facebook page. When the tortoise was brought to the surface, Carley and another officer observed the tortoise, and once the water drained from its mouth and nose, returned it to a nearby burrow, where it promptly crawled into and disappeared. Thank you to these officers for saving the hapless reptile.

Gopher tortoises are listed as a threatened species in the state of Florida. Both the tortoise and their burrow are protected. They reach maturity at 10-15 years of age and are considered a long lived tortoise. Some reports have them living well into their 70s, with one specimen living continuously at the Museum of Natural History in Halifax, Nova Scotia aged at 71 years. They are a non-aquatic tortoise and cannot swim.