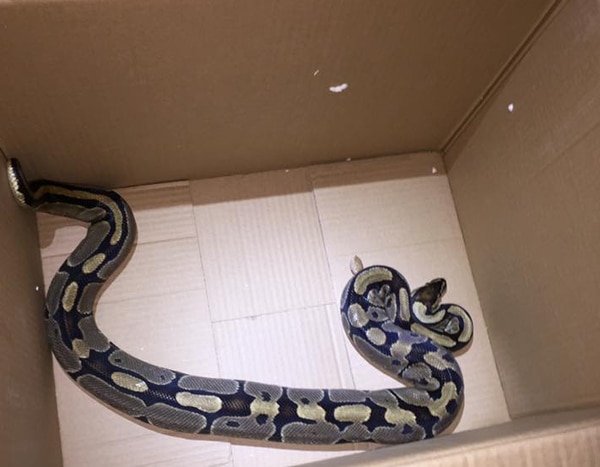 A ball python was rescued by a police officer with the Arlington Police Department in Texas.

Police in Arlington, TX received a call from a citizen claiming a large boa constrictor was climbing on a Parks Mall retaining wall near a Toys R Us. The responding officer, Officer Joshua Altimus noticed the animal wasn’t at all aggressive and rescued the snake, which was around 4 feet in length. The police department posted photos of the officer holding the snake, as well as the snake climbing on the wall and then finally in a box. Officer Altimus took the snake to a local animal rescue, according to the Arlington Police Department's Facebook page.

The snake was actually a ball python, and a healthy one. So, if you live in Arlington and know someone who may have lost a pet ball python, contact the Arlington Police Department at (817) 459-5700. Special thanks to Officer Altimus for rescuing the reptile.