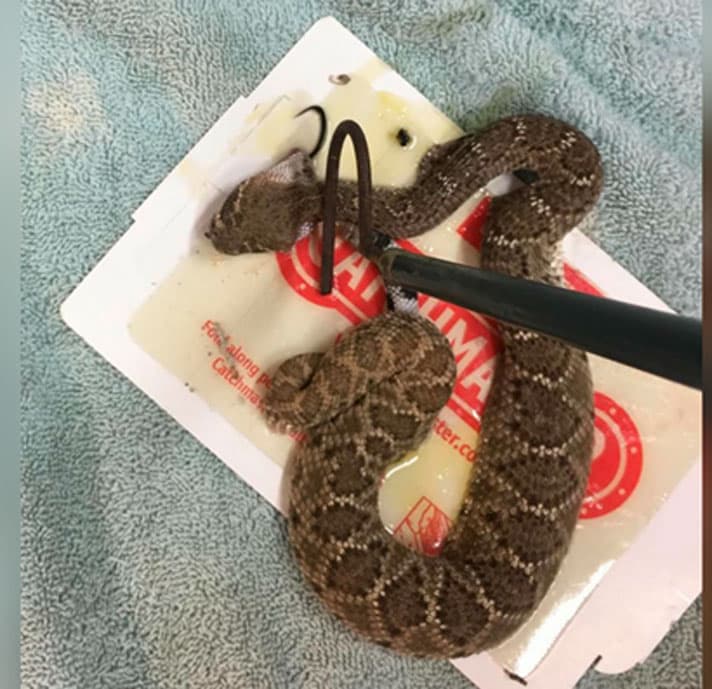 Glue traps don't discriminate. Whatever walks into the glue trap usually gets stuck.

Glue traps are pretty much a bad idea, as the devices don’t discriminate with regard to what they catch. Virtually everything that walks or crawls into them get stuck. A homeowner in Scottsdale, Ariz., used one and needed assistance after a baby western diamondback rattlesnake crawled into and got stuck in one. The Phoenix Herpetological Society was called and curator for the society, Daniel Marchand, and Debbie Gibson, vice president, came to free the reptile.

One of the many things we do at PHS is save animals from sticky situations (bad pun). This is a juvenile Diamondback…

Marchand and Phoenix Herpetological Society Vice President Debbie Gibson then went to work to free the snake, using cotton buds and olive oil to remove the venomous snake from the trap while avoiding the fangs of the obviously distressed reptile. 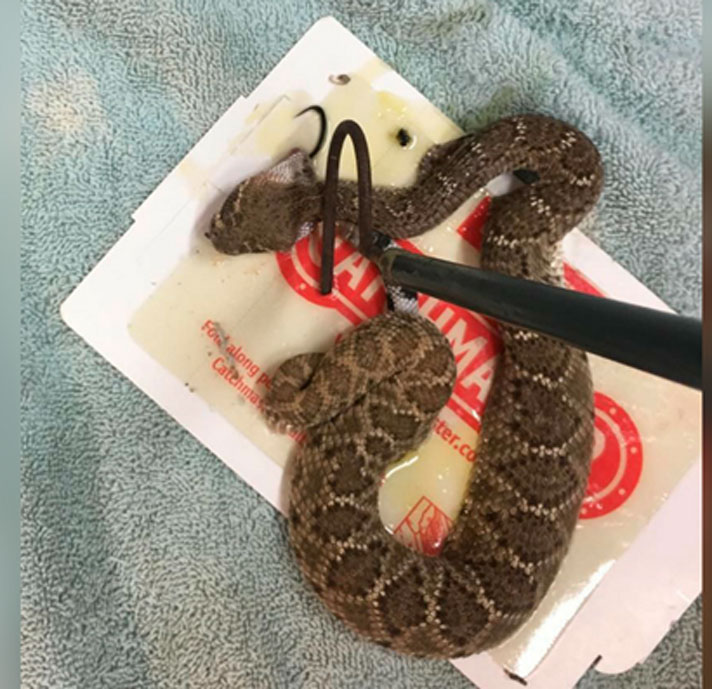 Phoenix Herpetological Society Vice President Debbie Gibson placed the hook on the neck as they were about to start the removal process.

"I had the hook there (on the snake's neck) because I was getting ready to start the removal process," Gibson told ReptilesMagazine.com. "His bottom jaw was stuck but by only a small area and so I wanted to be careful.  When the head is fully stuck then we start from the tail end. It gets very tricky when you do the head."

"It's obviously very dangerous. Anytime you have to put your hands onto a venomous snake there's always a chance if you make a mistake, it's very costly," Marchand said.

After the snake was freed, it was given a soapy bath and then released back into the wild. 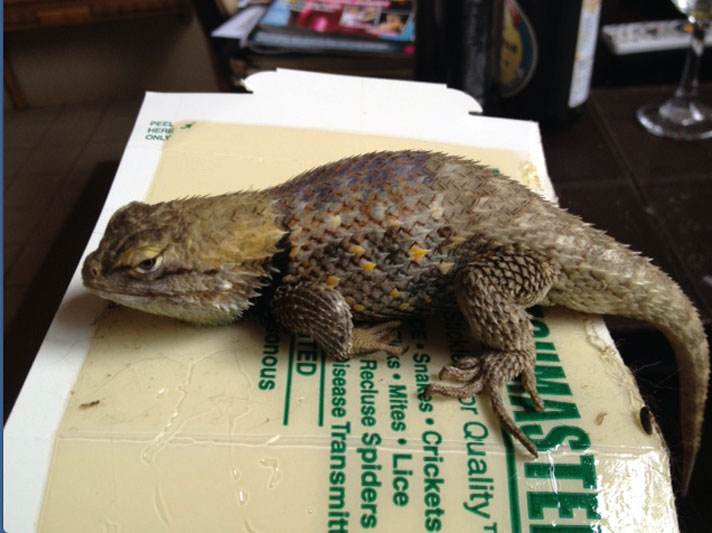 "Very common that that occurs. And we get, 'Why don't we kill it? It's a rattlesnake, it doesn't have a purpose.' And it does it actually has a very very important role in our ecosystem. Snakes are nature's rodent control," Marchand said.

Marchand said if you have to use these glue traps, use them in places where you are sure that wildlife won’t get stuck in them.

"All I can say is if anybody is using glue traps and they get into a situation where they either get a lizard or a snake on it, don't just throw the thing away. Give us a call, drop it off with us. We'll be more than happy to remove the animal from the trap for ya and let the animal free," Marchand told 3TV/CBS 5.