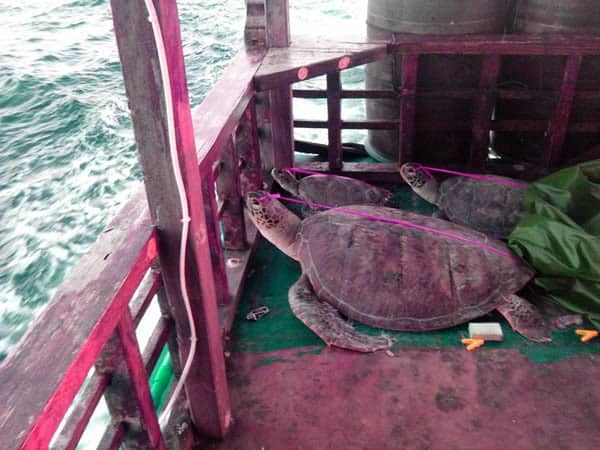 The Philippine National Police (PNP) released photos on its Facebook page of a confiscated Chinese ship that it apprehended in Philippine waters. The ship’s crew was arrested for poaching and the images the PNP released are just heartbreaking, with dozens of sea turtle shells, devoid of the bodies, strewn about the deck. A second Filipino vessel and its crew were also arrested.

The Chinese government has strongly protested the apprehension of the alleged poachers and is demanding their immediate release. This is the latest tit for tat as China has made claims to the entire West Philippine Sea. 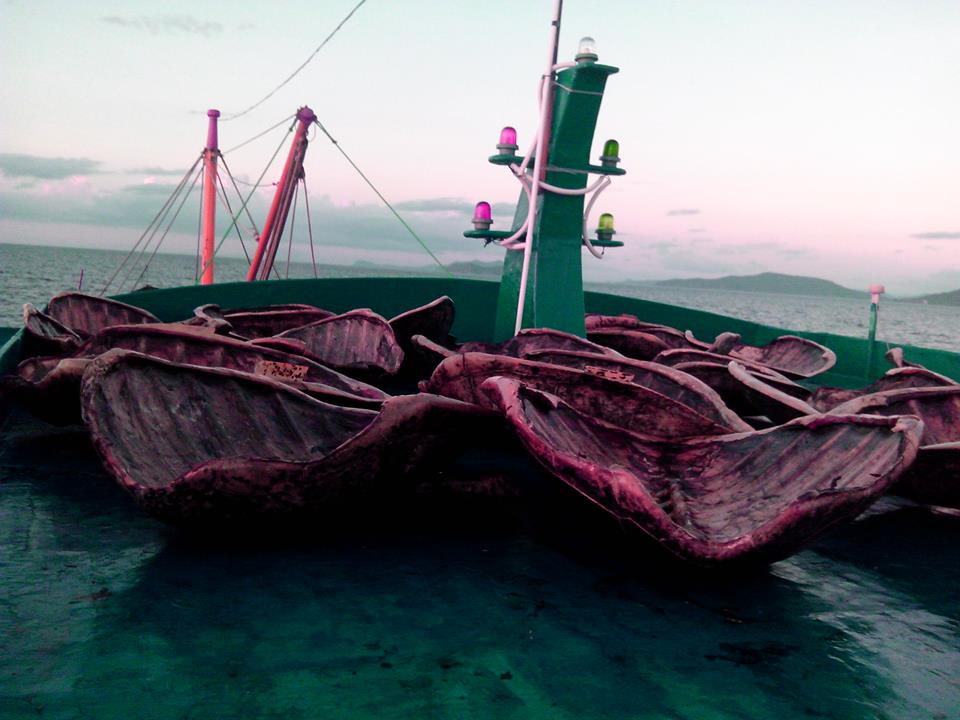 However, the chief of the PNP, Director General Alan Purisima  said in a news briefing that the police are doing their job and the Chinese were captured in Philippine waters, on the Half Moon Shoal, just 60 kilometers off the coast of Palawan Island, the country’s longest island in the Philippine archipelago.

In demanding their release, the Chinese government claimed they were fishing in Chinese waters, even though the location of their apprehension is more than 1000 miles from the Chinese mainland and within the Philippines exclusive economic zone, as mandated by the United Nations. 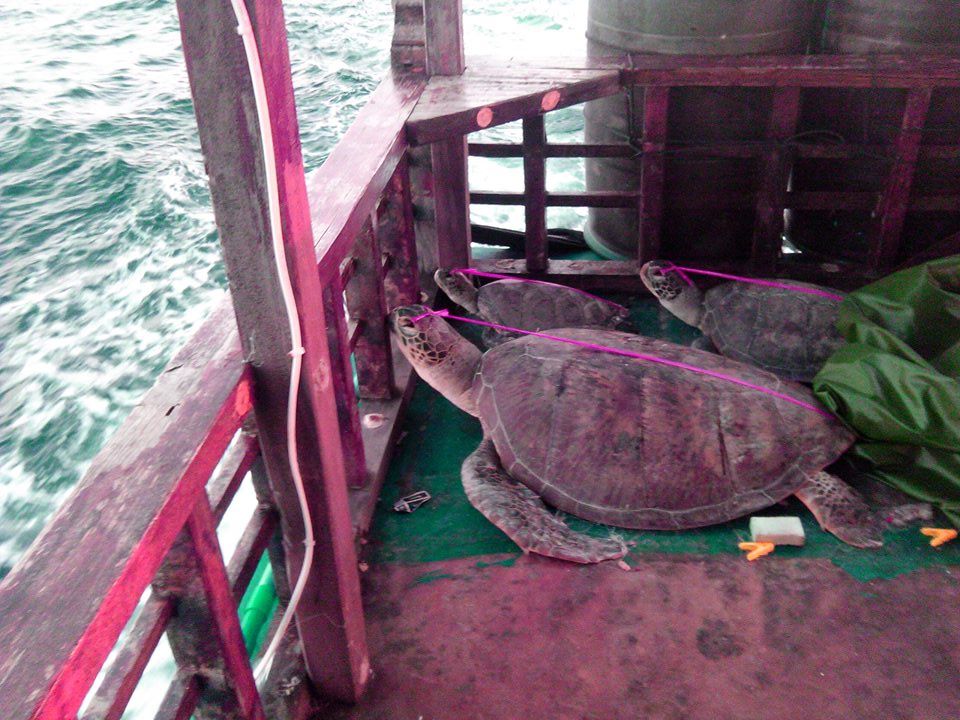 These sea turtles appeared to be tied through their eyes.

According to the Wall Street Journal, 354 sea turtles were found on the Chinese ship. Seventy of the turtles were found alive and 234 were dead, many with their bodies removed from their shells. The PNP received a tip that a Philippine vessel was working in concert with the Chinese vessel and acting on that tip, they witnessed the crew of the Philippine vessel offloading the sea turtles to the larger vessel. In total, 11 Chinese and five Philippine fishermen will be charged with violating Philippine environmental laws, the report said. 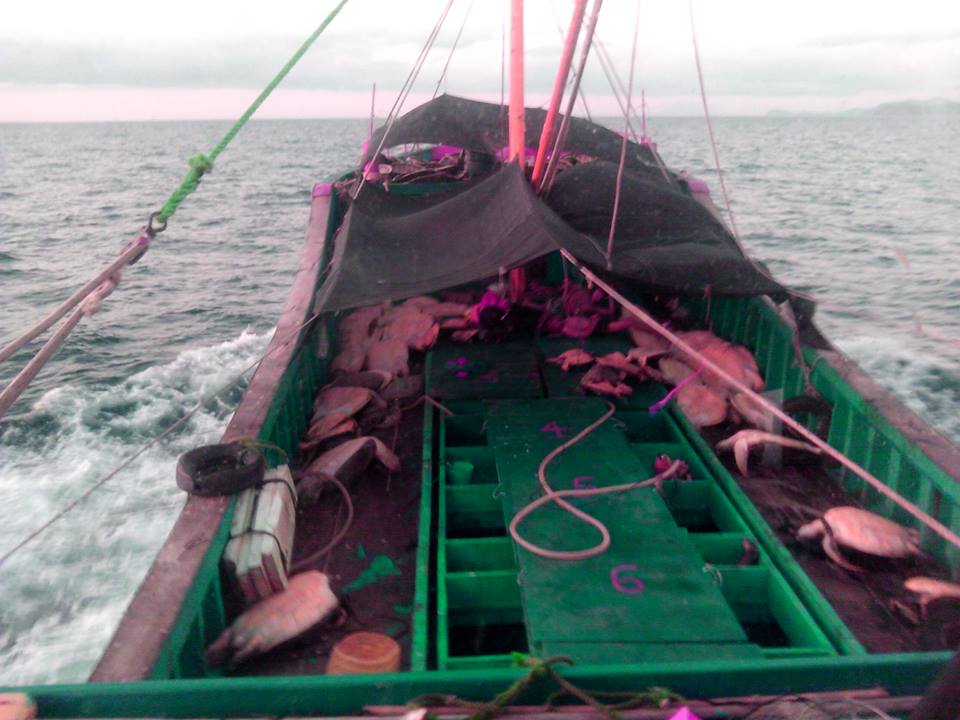 Sea turtle carcasses litter the deck of this Chinese vessel, which was apprehended in Philippine waters. Its crew has been arrested.

The dead sea turtles will be buried in the same location where thousands of confiscated pangolins, a type of anteater, were buried last year.

The Chinese have been poaching Philippine waters for decades and one of the reasons why they usually get away with it is due to the vast number of islands that the PNP and coast guard has to patrol. There are more than 7,107 islands in the Philippines and just a handful of PNP ships patrolling the waters. Another reason is corruption in the Philippines, which reaches to the highest levels of government. In 2011, six Chinese sea turtle poachers were arrested in Palawan and charged with poaching an endangered species. According to a report on PRI.org, Chinese fisherman have depleted the  sea turtle populations, many of them on the IUCN Red list for endangered species, off the coast of China and have turned to poaching turtles in Philippine waters, and especially off the coast of Palawan, a Philippine hub for ecotourism near waters that are contested by other countries, including China.