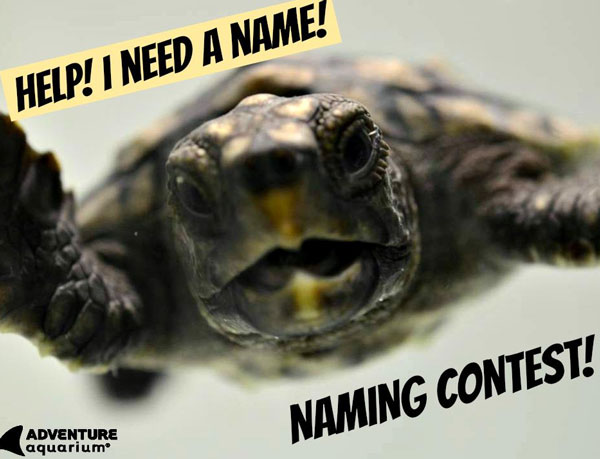 The Adventure Aquarium needs a name for its rescued loggerhead sea turtle.

The as yet unnamed turtle came to the aquarium via the North Carolina Aquarium and will stay in New Jersey until it is strong enough to be released back into the Atlantic Ocean. To enter the contest, visit the aquarium's Facebook page and submit a name under the turtle's image on the page. Since the turtle hasn't been sexed yet, the aquarium is looking for gender neutral names.

Loggerhead sea turtles had a positive nesting season in Florida last year, with more than 58,000 counted on Florida beaches. It is the highest number of sea turtle nests counted since 1989. Each nest holds about 100 eggs, which hatch in about 60 days. And as is known, very few survive into adulthood. The turtle was placed on the Endangered Species list in 2011.