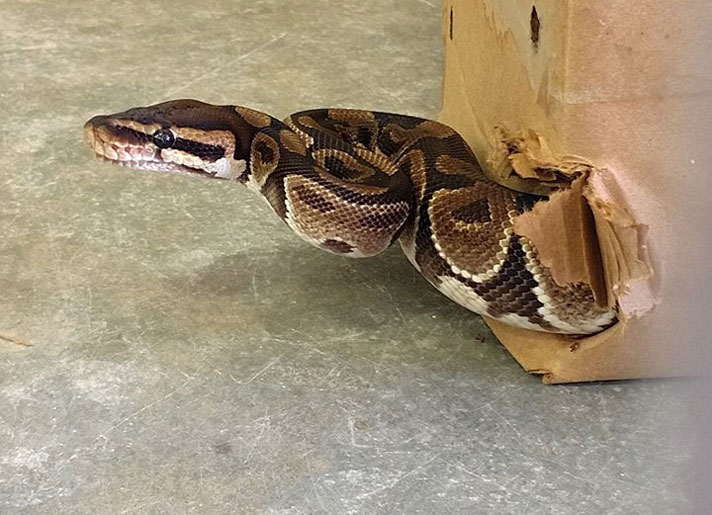 Folks in the city responded in kind by posting photos of their pet snakes.

The Anoka Police Department announced on its Facebook page that it retrieved a ball python and is in the process of trying to find its owner.

Posted by Anoka Police Department on Tuesday, May 29, 2018

The snake was picked up by police on May 28 and because the department doesn’t have the “proper supplies or habitats to care for reptiles,” it will go to a rescue.

“If you think it is yours, you WILL have to tell us where we picked it up from. We will not release it to someone we suspect may be trying to take a pet that isn't theirs,” the department wrote on its Facebook page.

The police department’s post was shared 122 times, and “just to stir the pot” the department asked “everyone who owns a snake in our city should post a photo of it in the comments.”

And fans of the police department did, with some going as far as posting their bearded dragon, even though well, you know… The people of the city of Anoka love their reptiles. They posted quite a few ball pythons, a corn snake, and several bearded dragons. The comments were mostly positive, though a few showed their preference of not having to interact with the reptiles.