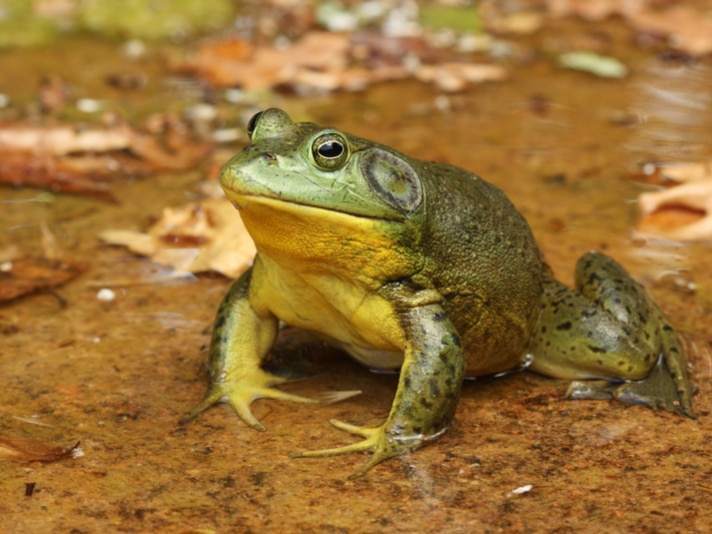 Man catches and releases American bullfrog back into his private pond.

The Panther Chameleon Is Actually 11 Distinct Species
Having Trouble Picking Out A Gift? Adopt A Croc This Holiday Season
Aussie Snake Catcher Interrupts An Eastern Brown Snake Eating Another Snake

I am fairly certain that Bart Simpson didn't visit Canada with an American bullfrog (Lithobates catesbeianus) in his back pocket, but the large frog has been considered an invasive species in the country north of the border for at least the last 25 years. Russ Schut, a Vancouver Island native was fishing on his family's property in Alberni Valley, British Columbia, when he hooked into and caught a massive American bullfrog that he estimates weighed about 3 pounds and two feet long. 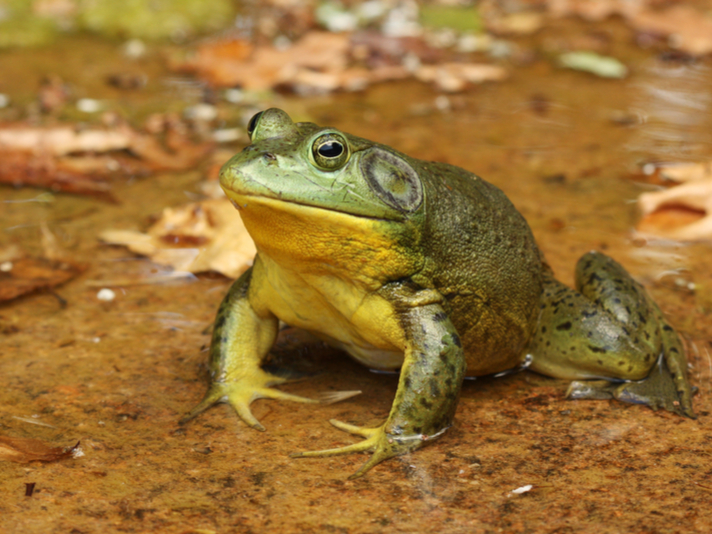 American bullfrogs are one of the largest frog species in the world and have huge appetites.

Video: American Bullfrog's Attempt To Snatch Dragonfly Off A Branch Ends In An Epic Fail

The photo of him holding up the frog, which was positioned closer to the camera, exaggerating its size, spread fairly quickly on Facebook. It does indeed look fairly massive.

The Invasive Species Council of British Columbia says that the amphibian was indeed an American bullfrog, and had Schut known that it was an invasive species, he certainly wouldn't have released it back into his pond. The frog first made its presence known in nearby Sproat Lake in 2009, and Gail Wallin, executive director of the Invasive Species Council says that it is likely that the frog migrated from the lake.

"They're big, and when you've got a species like that, that can basically out eat some of the native species, it will take away the forage that native species would use and at times they can be aggressive on other smaller sized, earlier life-cycle size frogs," Wallin told the AV Times. "Basically, the issue is, if they are out eating the habitat the other frogs would want to have, it displaces the native frogs."

American bullfrogs are one of the largest frog species in the world and have huge appetites. They are commonly farmed in China and Taiwan and imported back to the United States where they are used for frog legs. For those keeping this amphibian, it is recommended that it be kept in a large pond on property where it cannot escape and invade the surrounding habitat.