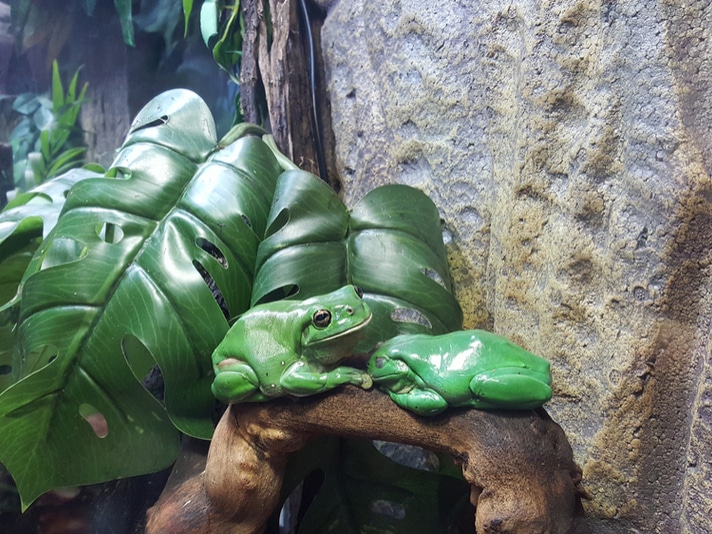 A woman who experienced an influx of White's treefrogs in her bathroom area built a frog hotel to keep them in one place.

In certain parts of northern Australia, it is apparently not uncommon to have lots and lots of green treefrogs (Litoria sp.) living in your bathroom. It is apparently so common that a there is a design on the Internet to create a "frog hotel," a place where frogs congregate so they don't become a nuisance indoors. 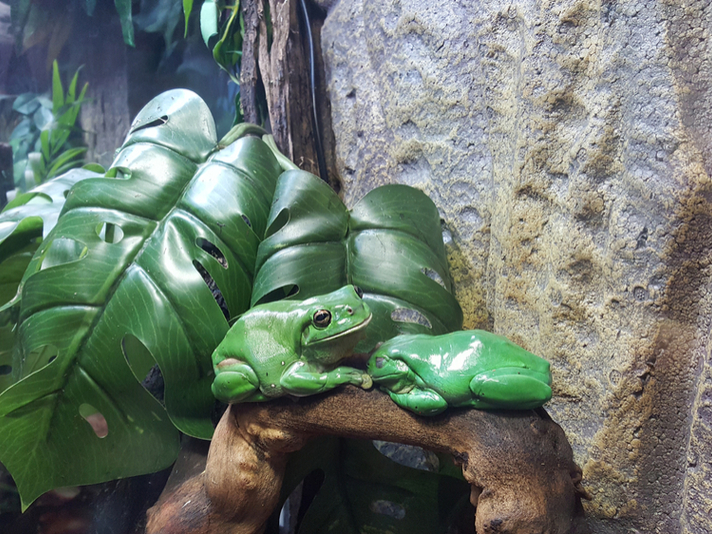 A woman who experienced an influx of White's treefrogs in her bathroom area built a frog hotel to keep them in one place.

Stephani Grove, a secretary with the Barkly Landcare and Conservation Association in the Northern Territory, had an influx of the frogs, also known as White's treefrogs or dumpy frogs, in her shower and toilet, so rather than collect them and put them outside and have to deal with them again, she created a frog hotel from plans she got off the Internet, and now the frogs stay in the hotel rather than roam around and risk getting flushed or squashed.

Worried about flushing Green-tree Frogs (Litoria sp.) down the toilet, a Barkly Landcare member decided to make an…

Posted by Barkly Landcare and Conservation Association on Wednesday, January 24, 2018

"I collected some product from around the station, I reused a bucket, and I got some poly piping, and filled the bucket with maybe a third of water," she told ABC News Australia. "I transferred all these frogs from my toilet, from my shower, from everywhere I could find them, and they absolutely love their new home," she said.

In January, the association posted photos of the hotel, and the simple parts needed to create it. It has since been shared more than 557 times on Facebook and liked 580 times, with 189 comments. The frog hotel is apparently a hit with fans of the association, and more importantly, the hotel is a hit with the frogs!

"I didn't think it would be something of interest to such an array of people around Australia," Grove said. "Some of the people were really excited to contribute their stories and showcase the designs they had in mind."