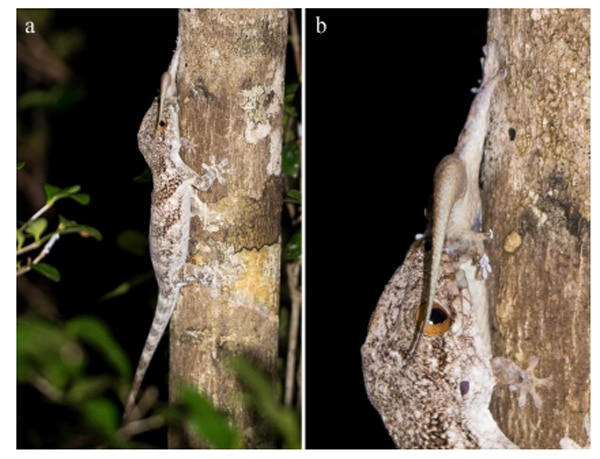 The skin of Geckolepis sp. is covered with big scales that overlap and fall off easily.

The hognose snake plays dead. Dart frogs rely on their coloration. And lizards are known for the capability to drop their tail, known in scientific circles as caudal autotomy. All to avoid being eaten or attacked. But did you know that there is a species of gecko that can literally crawl out of its skin when attacked by a predator? That is right. The fish-scaled gecko (Geckolepis sp.) has the capability of crawling out of its skin when it is in the jaws of a predator. Scientists have known that the lizard has evolved to the point that it can shed its skin when grasped by a predator, but they just didn’t know what it was a defense against until herpetologist Charlie Gardner and photographer Louise Jasper captured imagery of a velvet gecko (Blaesodactylus sp.) trying to eat a small fish-scaled gecko. 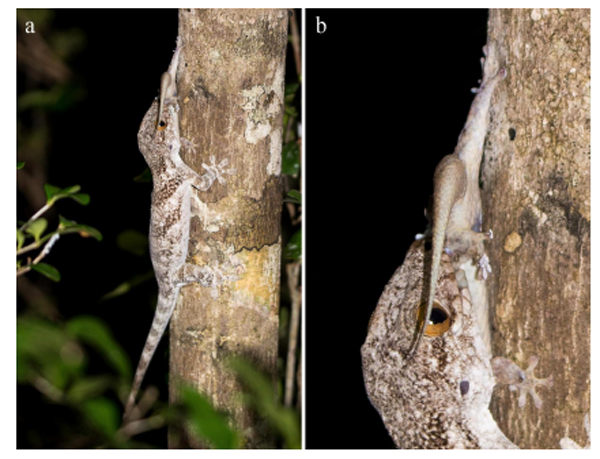 The encounter was all of about 30 seconds until the fish-scaled gecko got away after shedding its skin.

The duo were conducting a night walk as tourists in Madagascar in the Bekaraoka forest block of Loky-Manambato, a newly protected area near Daraina town, when they happened upon the struggle. 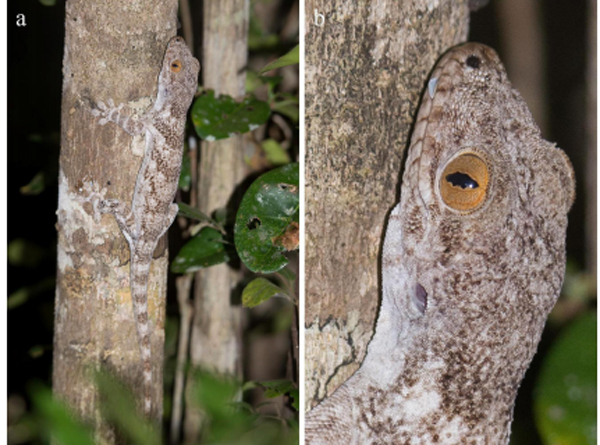 The velvet gecko without its meal. You can see the small scale in image b.

The velvet gecko was having difficulty with the smaller gecko and after 30 seconds, the fish-scaled gecko freed itself from the jaws of the velvet gecko by shedding all of its skin. The skin of the fish-scaled gecko is covered with big scales that overlap and fall off easily. This defense enabled the gecko to escape, Gardner says in his paper published in the journal Herpetology Notes.

Because the fish-scaled gecko is an arboreal, nocturnal species, scientists speculated that its defense mechanism was used when grasped by nocturnal snakes, but now they know it works on larger gecko predators as well.