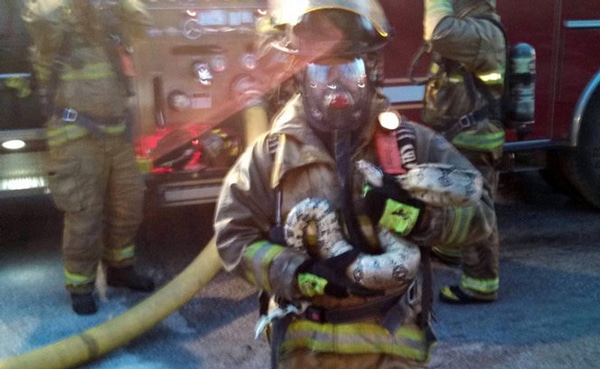 A firefighter battling a burning home in Muskegon, Mich., rescued and saved a 7-foot boa constrictor from the two story home March 30. The snake, named Chocolate Chip, was doing well after Muskegon Firefighter Scott Hemmelsbach found and saved the snake from the house, which was virtually destroyed by the fire.

Resident  Bridget Brewer asked Hemmelsbach if he could go back into the burning building to rescue her pet boa constrictor, and he reluctantly agreed, according to the Muskegon Chronicle.

"It was trying to crawl up the side of his terrarium and get out," Hemmelsbach told the Chronicle. "His face was pushed up on the screen and trying to get out. There was a lot of smoke and he was trapped. I removed the screen off the top and knew to approach it by coming up behind his head. He became very active, and I was glad because that meant that he was OK."

According to the Chronicle, Hemmelsbach is no stranger to snakes. He learned how to handle the reptiles in high school where he helped to show them to other students in the school district. He took them around to elementary schools to show them to the students. 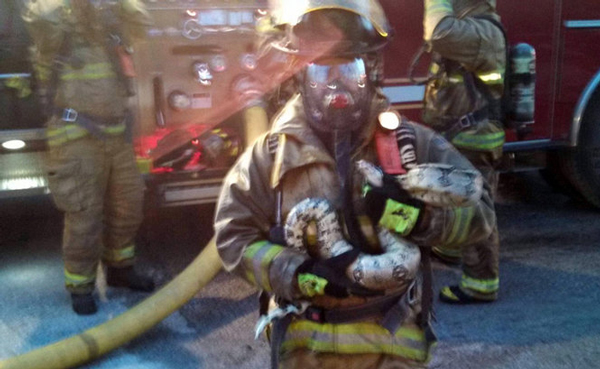 Muskegon Firefighter Scott Hemmelsbach found and saved the snake from the burning house.

“I’m elated they saved her. She’s alive. We thought she would be dead. . . toast,” Brewer, who has owned the snake for more than six years told Michigan Live. 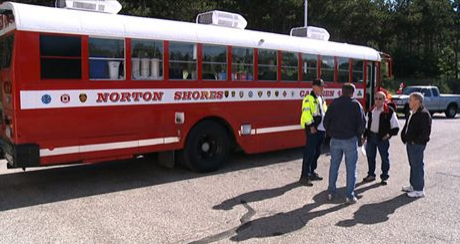 Canteen 450, a large fire engine red school bus that is dispatched to certain fires where firefighters need to be on scene for extended lengths.

The reunion almost didn't occur as someone stole the snake from Canteen 450, a large fire engine red school bus that is dispatched to certain fires where firefighters need to be on scene for extended lengths. Brewer immediately called the police when she found out her snake was missing soon after its rescue and the police located the man who took the snake. According to Brewer, the man said he was only trying to help, but she suspected the man was going to try and sell the snake.