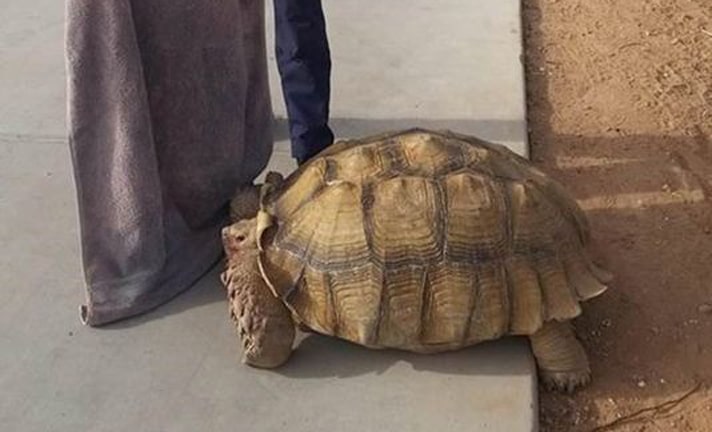 This sulcata tortoise was returned to its owner after a day gallivanting around the streets and canals of Mesa, Ariz.

A sulcata tortoise (Centrochelys sulcata) that escaped its enclosure in Mesa, AZ has been returned to its owner after spending some time on the loose. 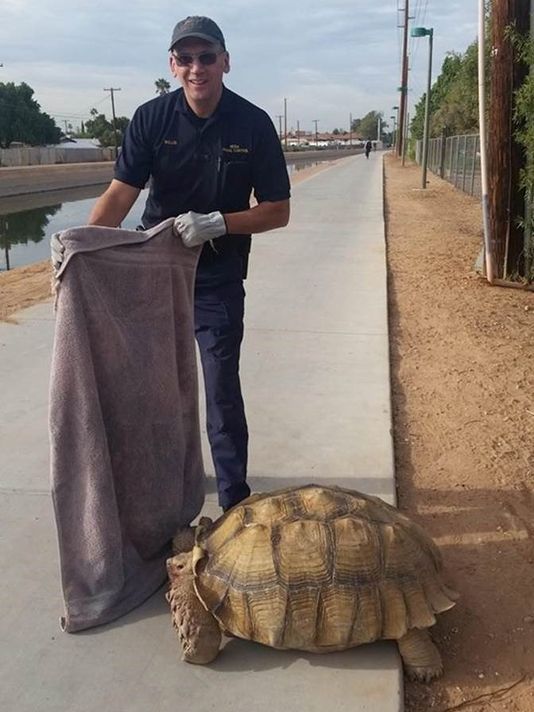 This sulcata tortoise was returned to its owner after a day gallivanting around the streets and canals of Mesa, Ariz.

According to the Phoenix Patch, the estimated 150-pound tortoise was minding its own business, walking along a canal when it was spotted by city officials. After surrending without any resistance, the officials tried to load the reptile into the city's animal control truck, but when that proved unsuccessful, a wildlife refuge group was called to assist the city. The refuge group came with a much larger truck and was able to load the big chelonian onto the truck, where it was taken to the state’s Fish and Game Department. Arizona Fish and Game was able to locate its owner.

Folks on the Arizona Fish and Game’s website had a bit of a laugh and posted some funny comments accordingly.

Not sure how the big tortoise got loose, but let's hope its owner reinforces the area in which he lives so he doesn't get loose and get in any danger.