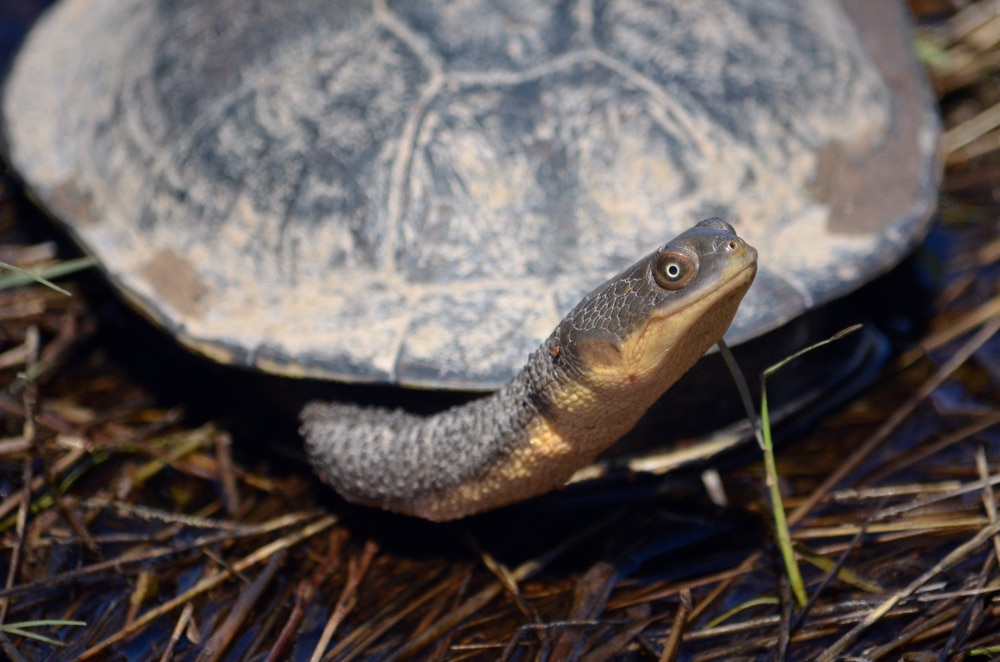 A city council in Wodonga, Australia drew down water in a pond that inadvertently caused the death of nearly 25 broad-shelled and long-necked turtles.

A lake in Wodonga, Australia has lost several dozen broad-shelled and long-necked turtles as the city lowered the water level to build a retaining wall and conduct stabilizing work around its shore. 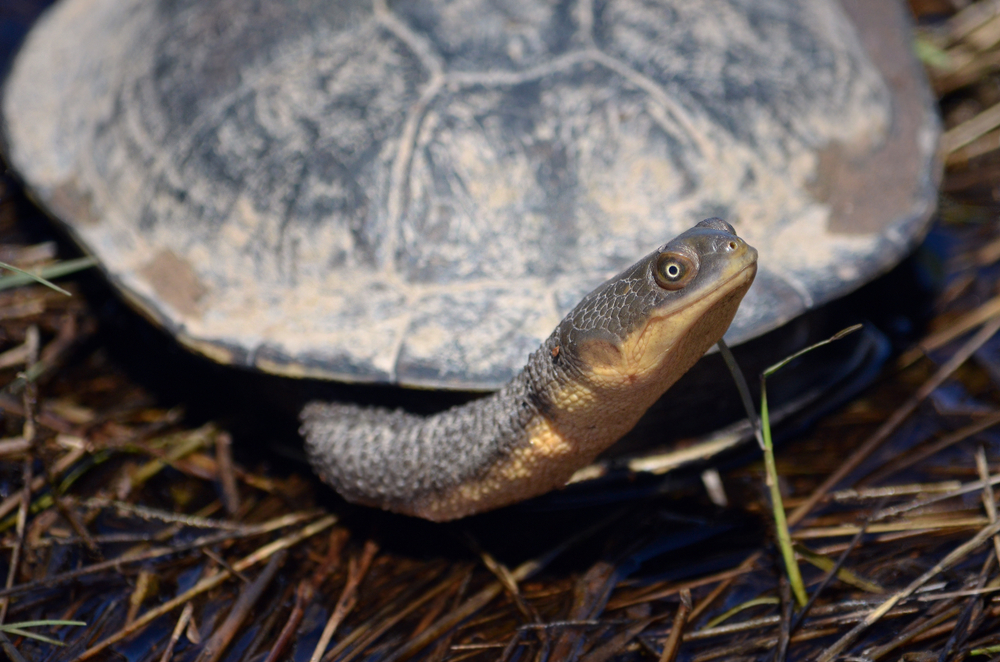 A city council in Wodonga, Australia drew down water in a pond that inadvertently caused the death of nearly 25 broad-shelled and long-necked turtles.

Sharleen Sharp, a local turtle lover first noticed the turtles out of the water at Belvoir Park Lake a month ago.

"I came up the exit ramp, and saved two up there," she told ABC News Australia. She then called the city council, pleading with them to do something but was apparently ignored. The turtles are leaving the pond and ending up dead on the highway that runs right by the pond.

"I've taken photos in to show them, and they just keep pushing me aside and saying 'we can't do nothing about it,'" she said. "They say they will put signs around, but that's not going to help. The mayor, the CEO, a couple of other councillors, have all got back to me and said we'll try and fix it next time."

The dead turtles are broad-shelled (Chelodina expansa) and common long-necked turtles (Chelodina longicollis) and up to 25 have since died due to the draw down of water, according to Simon Watharow, a herpetologist with Wildlife Victoria and Reptiles Victoria told ABC News Australia.

"The exact figures, I don't really know," Watharow said. "But in my experience, you can get quite a substantial mortality of around 50 per cent, if [the turtles] are crossing main roads. When that water is artificially depleted, the turtles react instinctively … they evacuate.

Wodonga Council did this. And wont try to fix it. Heaps ans heaps of turtles dyeing on highway coz of the emptying of…

No government entity is taking responsibility for the deaths, apparently. According to the report, the state’s Department of Environment, Land, Water and Planning (DELWP) blamed the mass deaths on the Wodonga Council, if the deaths were caused by construction at the lake. The council, however, blames the DELWP for not having sufficient data or knowledge of the turtle population in the lake.

"People feel very concerned and the breeding population is just devastated,” Watharow said. "We're always learning … the experience is good if it doesn't reoccur regularly. We'll just then say, 'we'll take some extra steps and consult with people' and that will probably help everybody."

Watharow is looking to create a solution, such as a drift fence or a temporary wildlife corridor so the turtles can avoid the highway altogether. Hopefully they have ocme up with a viable solution to save these turtles.