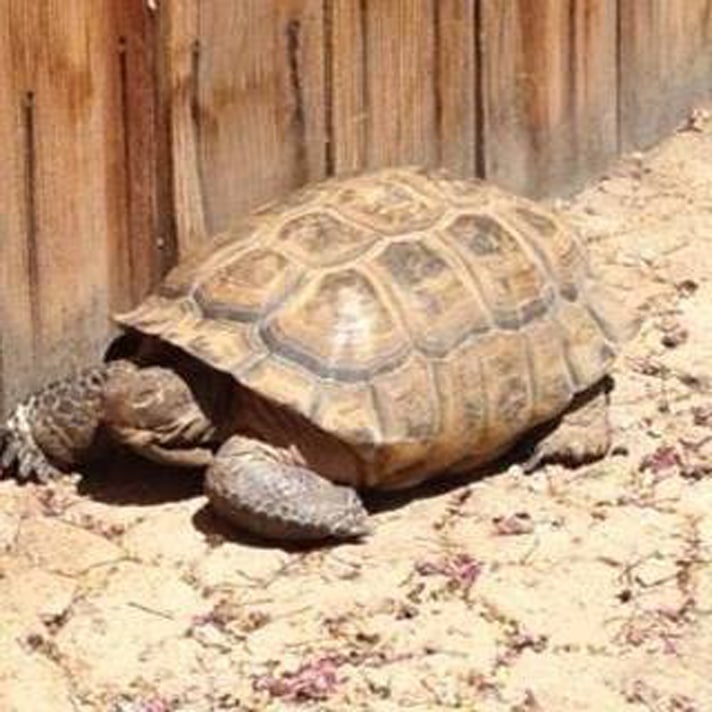 Desert Tortoise In Midst Of Custody Dispute Gets Lost

Two parties met in court January 4 in an effort to determine if the tortoise’s owner will get information regarding the reptile’s whereabouts.

A desert tortoise that is the center of an ownership dispute in Nevada has been lost. Two parties met in court January 4 in an effort to determine if the tortoise’s owner will get information regarding the reptile’s whereabouts. 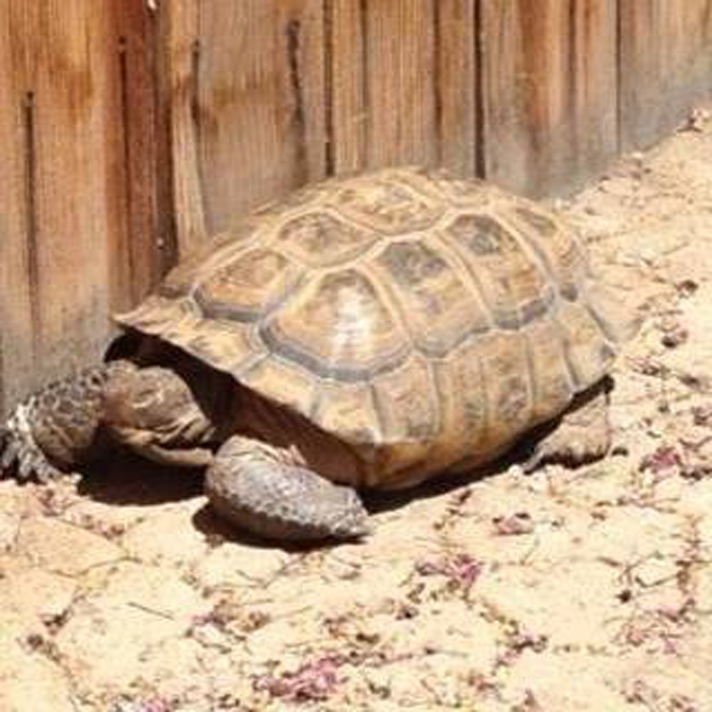 Hard Hat the desert tortoise who is the center of a custody dispute, has been lost.

The tortoise, named Hard Hat, was adopted by Lisa Helget, 22 years ago through an authorized program that placed desert tortoises displaced by development with folks who had the knowledge to care for them. Hard Hat had apparently enjoyed the company of Helget, until about a year ago, when Helget left him in in the care of friends as she waited for a new home to be finished. That is when Hard Hat wandered away from her friend’s home. She was picked up by a neighbor, who turned him into the Lyon County Animal Shelter.

Because desert tortoises are protected by state and federal law, and are an endangered species, the shelter should have contacted the U.S. Fish and Wildlife Service that they were in possession of the the tortoise, but apparenty, according to 8 ABC News, the shelter did not, and turned her over to the Reno Tahoe Rescue Society, which, without a license to take in or adopt out restricted animals such as desert tortoises, adopted Hard Hat out.

According to 8 ABC News, when Helget found out that the society had been in possession of Hard Hat, she met with the society’s director, Angel Vathayanon. Vathayanon did not turn Hard Hat over to Helget, nor did she divulge to whom Hard Hat was in the care of,  saying that the tortoise showed signs of neglect. That is when both sides lawyered up and went to court.

Attorneys for both Lyon County and Angel Vathayanon argued that the case should be dismissed, arguing that Helget had abandoned Hard Hat, and made little effort to find him. Helget disagreed with that notion.

"I went back to the address where he was lost every day to feed, to put out lettuce and water, to talk with any neighbors that might be around. I went back every day,” Helget told 8 ABC News. “I didn't abandon him."

Helget’s lawyer said her determination to find Hard Hat and spend whatever it takes (let alone hiring a lawyer) to find him is proof that she did not abandon the tortoise.

While this has been playing out, Hard Hat has apparently disappeared from the person that Angel Vathayanon adopted the tortoise out to.

The judge gave Vathayanon's attorneys 48 hours to determine whether Vathayanon will divulge the name of the man who had last been in possession of Hard Hat and where that man lives, so Helget could start a search for Hard Hat.

"I feel more positive than negative today. I just want my tortoise,” Helget told 8 ABC News. “I just want Angel to do the right thing and give me my tortoise back and we can all go back to our lives."