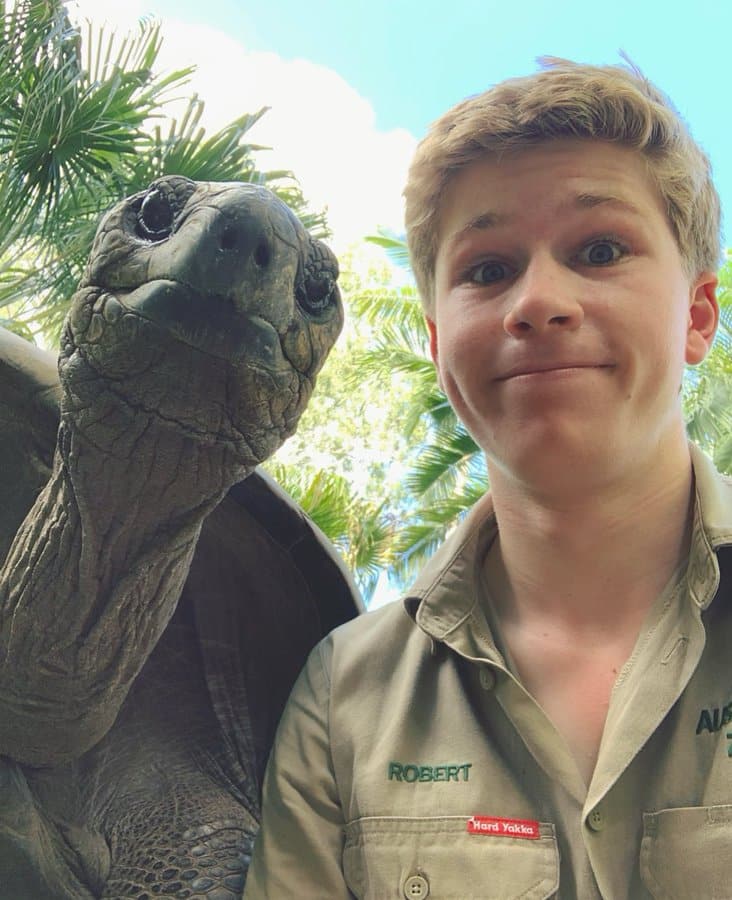 Robert Irwin and Igloo stop for a photo during self-isolation.

While some of us have been locked down completely in our homes due to COVID-19, others have experienced little to no lockdown, depending on the severity of the virus where in the world you may be. But How would have liked to self-isolate with a big tortoise? That is what Robert Irwin of the Australia Zoo has done over the last several months. Irwin, the son of the late Steve Irwin, aka the Crocodile Hunter, posted a photo on Twitter of him and his pal, an Aldabra tortoise (Geochelone gigantea) named Igloo.

My self isolation buddy 😐 pic.twitter.com/Gu7H0ljF3U

“My self isolation buddy” is the only thing he tweeted along with a photo him and his pal Igloo, who appears to also be staring at the camera. Irwin is isolating from COVID-19 at the Australia Zoo. In another  tweet, Robert talks about a pair of carpet pythons that he found on an afternoon bike ride around the Australia Zoo. He explains that the carpet pythons roam wild around the zoo, but were a bit close to the bird aviaries so they were relocated to a safer place away from the aviaries and the croc enclosures.

Irwin is looking more and more like Steve and it is great to see the son follow in the father’s footsteps and keeping the flame lit. Where are you staying safe during this pandemic? Let us know in the comments either here or on Facebook. #saferathome