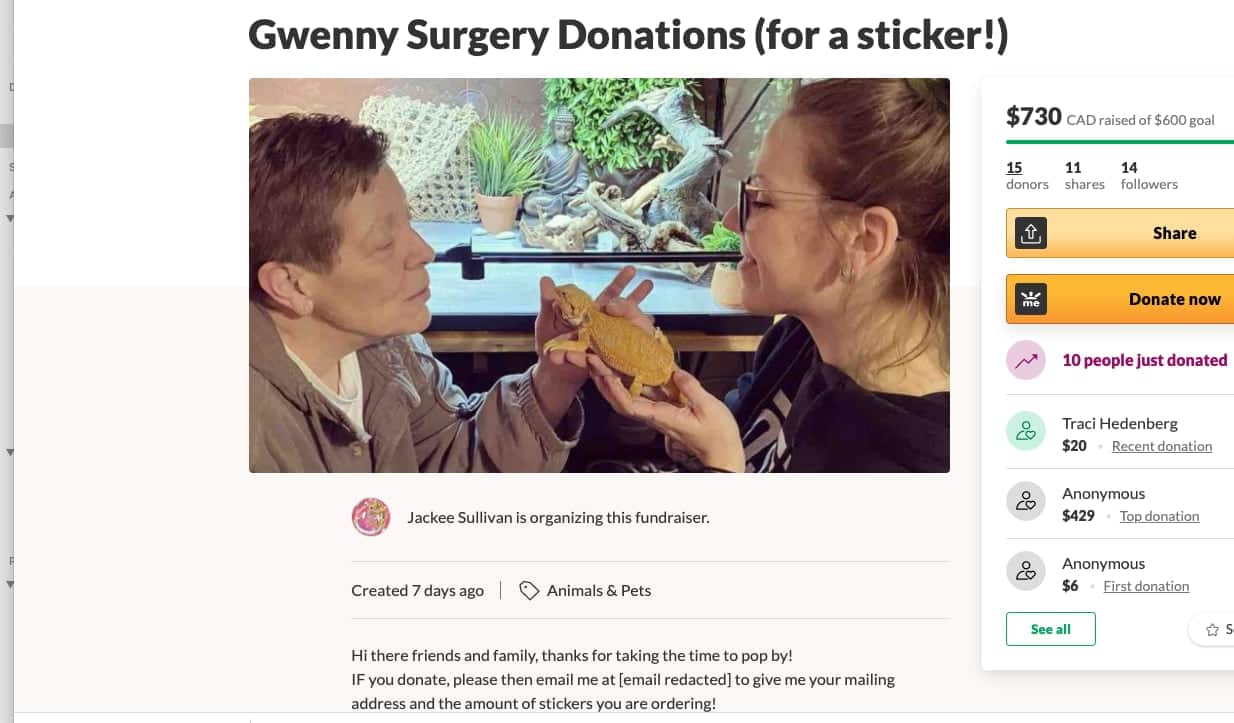 Guinevere,  a bearded dragon (Pogona vitticeps)  in British Columbia, Canada is in need of some funds to help pay for her ovariectomy, which is the su

Guinevere,  a bearded dragon (Pogona vitticeps)  in British Columbia, Canada is in need of some funds to help pay for her ovariectomy, which is the surgical removal of her ovaries, and her keepers are seeking a bit of love from the community to help offset the $600 bill.

Jackee Sullivan told the Langley Advance Times that she and her partner have the funds to pay for the surgery but became anxious after reading the fine print on the contract, which probably says more costs could be incurred if the surgery is not successful. So Sullivan took to GoFundMe in hopes of getting a little cushion for “Gwenny” as she calls her bearded dragon.

“We had budgeted for the surgery and now we have to choose if we want to do it half way or all the way,” Sullivan said. “If it goes south are we ready to pay for double what we budgeted for?”

“We’ll have to pay for whatever recipe they need to save her life… there are very many unknowns,” she said. For example, if Gwenny requires CPR during the procedure, that could cost up to $400, Sullivan told the Langley Advance Times.

As of April 14, Gwen Surgery Donations (for a sticker) has raised $730 Canadian out of the $600 Canadian goal. But if you wish to donate $6 Canadian, you probably can still get a Gwenny sticker to help offset the cost of surgery, which Sullivan is offering to those who donated. Check out the GoFundMe if you wish to donate, as the campaign has not yet closed.