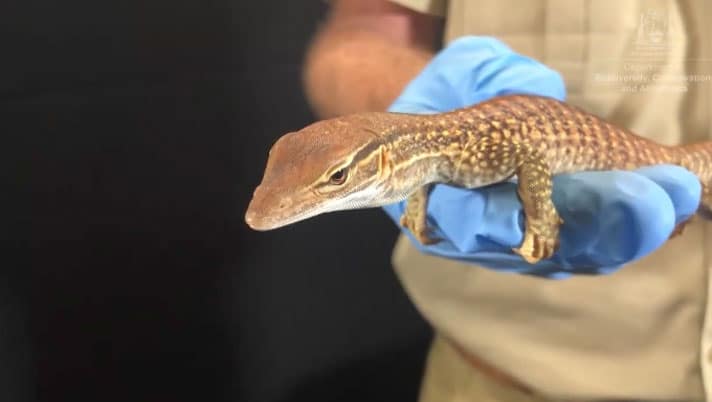 It is illegal to export for commercial use any live Australian wildlife under any circumstances.

According to Parks and Wildlife, police with Western Australia's Eucla Police Station stopped a speeding vehicle and discovered it was loaded with 15 large bags and 15 plastic containers and bottles holding the animals.

Two-hundred and nineteen native animals have been recovered from an illegal smuggling operation after being discovered in a vehicle near Eucla. This is the largest seizure of native animals ever undertaken in WA. Eucla Police Station intercepted the speeding vehicle on Eyre Highway and discovered 15 large bags and around 15 plastic containers and bottles housing 198 reptiles, 16 marsupials, three cockroaches and two spiders. If you see suspicious behaviour involving native wildlife, call the Wildcare Helpline on 9474 9055. Western Australia Police Force Perth Zoo Stephen Dawson MLC, Labor Member for Mining & Pastoral

Posted by Parks and Wildlife, Western Australia on Tuesday, May 1, 2018

Cameron Craigie, a wildlife officer with the Department of Biodiversity, Conservation and Attractions told ABC News Australia that it was a major seizure.

"Definitely one of the largest venomous reptile hauls," he said.

Craigie said that the Perth Zoo in Perth, Australia, is performing a health check on all the animals that were seized. Craigie told ABC News Australia that the animals came from the Wheatbelt, Goldfields and South Coast regions of Western Australia, where color variations are highly sought after by illicit collectors. 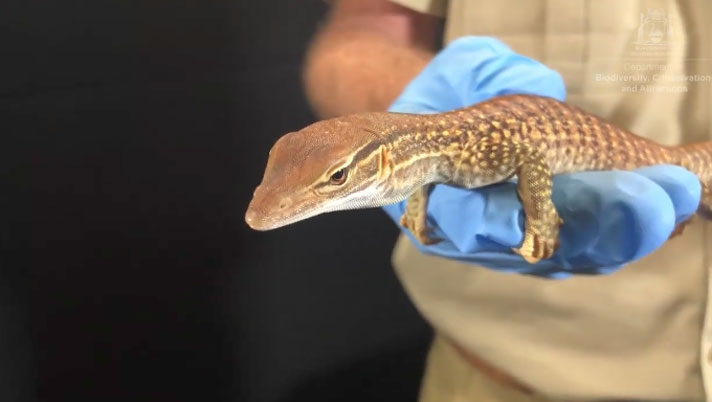 This Gould's monitor (Varanus gouldii) was just one of nearly 200 reptiles seized in Western Australia.

"There were multiple species in the same bags, so you're looking at animals that may be friends and some are prey, and then they're all piled in, squashed all in one tiny little suitcase," he said. Craigie said that there are multiple layers to the smuggling operation and the role of the driver who was arrested was just to drive the animals over the border.

According to the news report, the maximum penalty for illegally exporting, importing or possessing wildlife currently sits at $4,000 to $10,000, but the new Biodiversity Conservation Act 2016 which is expected to pass through the state parliament will raise those fines to between $500,000 and $2.5 million.

It is illegal to export for commercial use any live Australian wildlife under any circumstances. Under certain conditions, animals can be exported for research, education, and exhibition purposes only.