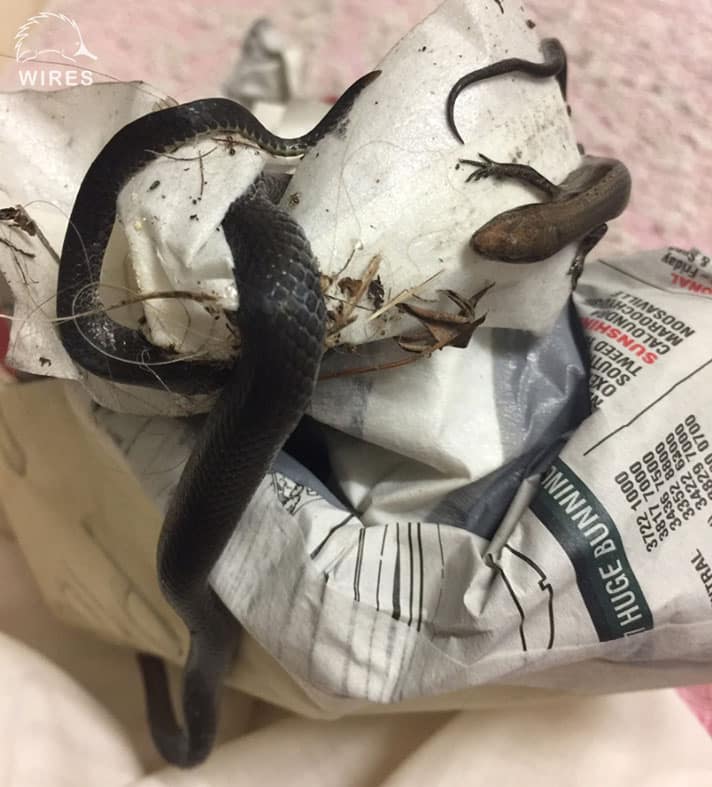 These two reptiles got stuck and were saved by WIRES personnel.

WIRES Northern Rivers wildlife rescue in Australia got a call from a concerned citizen about not one, but two reptiles that got trapped on some sticky tape. Someone had tossed the tape and a dwarf-crowned snake (Cacophis krefftii) and a small skink got stuck to the tape. It would have surely been a slow death had WIRES not gotten the call. 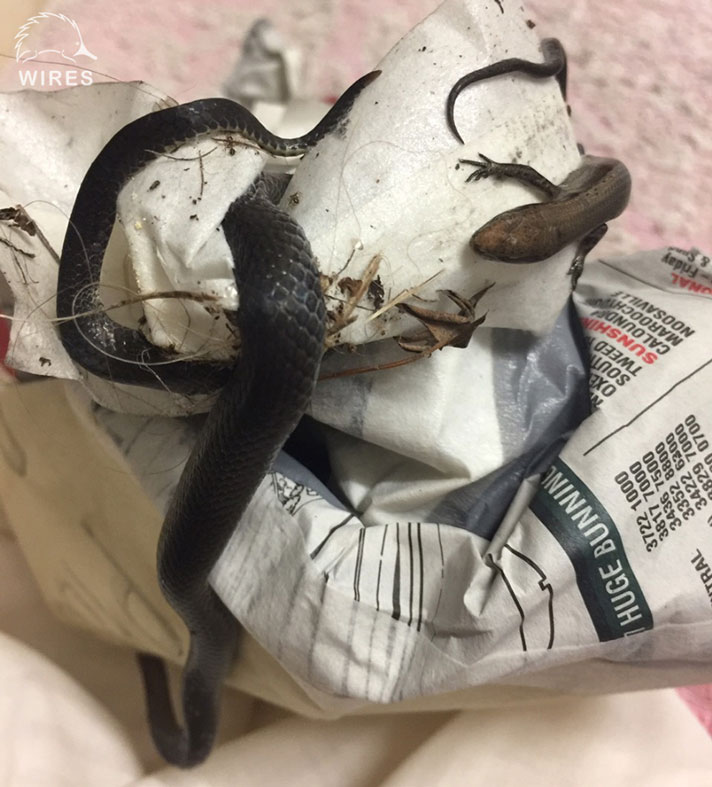 These two reptiles got stuck and were saved by WIRES personnel.

“When WIRES received a call about a snake that was caught in sticky tape, we expected it would be tangled in a heavy duty plastic tape,” the rescue wrote on its Facebook page. “Our rescuer was surprised to find that the tape was normal paper masking tape which had been crumpled up and discarded. Of even more surprise, the tape had caught not only a Dwarf crown snake but also a little lizard, itself perhaps an intended meal for the snake.”

The reptiles were, luckily, caught up in water soluble tape, and two WIRES snake handlers took special care in carefully removing both the snake and the skink from the tape, soaking the tape in water to loosen it up.

WIRES advises us to always be aware of how we dispose of trash, and to be extra careful when disposing sticky tapes.

Dwarf-crowned snakes are weakly venomous and average around 25 cm in length. They are a coastal species found east of the Great Dividing range of Australia. Noctural, the little snakes hunt skinks at night in leaf-litter.